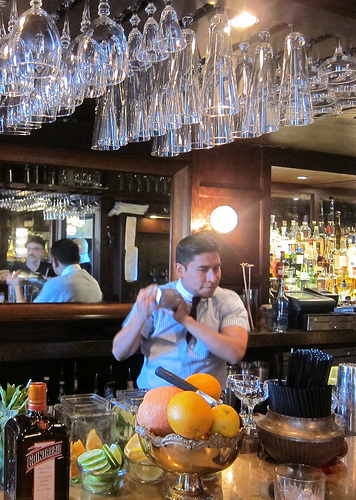 Recently I went to a happy hour hosted by Cointreau at the Spare Room in Hollywood.

Cointreau is a triple sec (orange flavored curacao) and most often used as a modifier. People tend to use it in margaritas and not much else. It’s been exciting to see new cocktails using Cointreau. The event was to celebrate Cointreau’s Collectif 1806 program which celebrates more than cocktails. The program aims to highlight history, art and music as well. I suspect it started when Cointreau amassed a large collection of cocktail books. 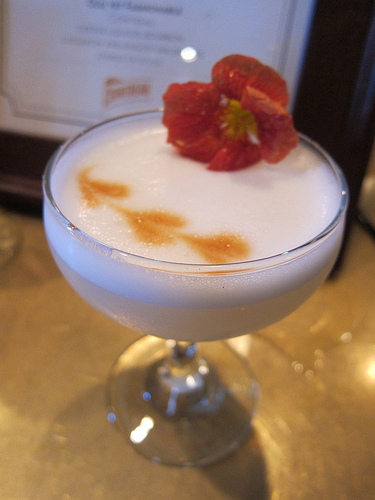 Lady of the House

It was a warm day and I decided to get Lady of the House. Spare Room’s Beverage Director Naomi Schimek came up with the cocktails and after sipping this one, I smiled. It reminded me so much of Naomi’s Ode to Aud, her tribute to Audrey Saunders. It was a beautiful drink. 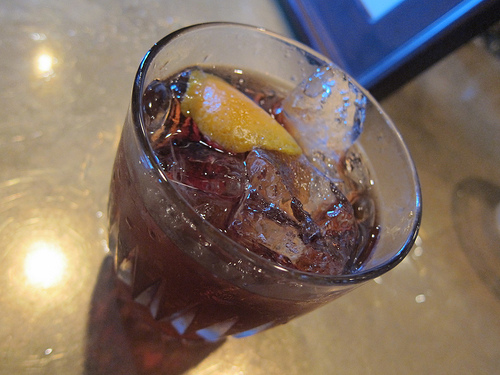 Yet, I found myself getting a couple of the Old, Yet Fashionables. This was a delightful pick-me up with the cardamon. Shhh, don’t tell craft cocktail nerds but I suspect the coffee liqueur is Kahlua. Only Naomi is genius enough to mix up this classy cocktail with something so old-school. 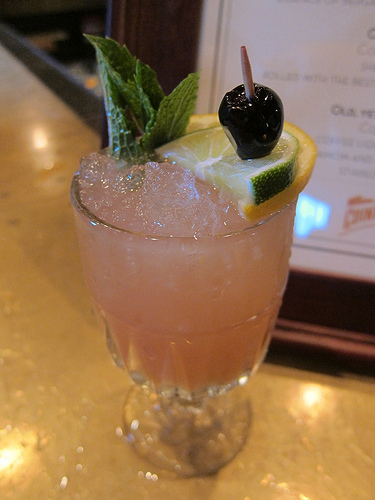 Cointreau Noir is a blend of Cointreau and Remy Martin cognac. Having it in a cobbler with a bit of sherry and bitters was a simple yet elegant drink. Although Spare Room is on the Mezzanine Level, I would love to see this drink downstairs at the pool. Bring on the summer!