all hands on deck at Picca

Picca launched new Fall cocktails earlier this month. Like other Bill Chait co-owned restaurants, Picca had half-priced cocktails on launch night. Beverage Director Julian Cox was on hand to give the Picca bartenders a hand while the bar was packed with regulars and newbies alike.

Nacho Libre (pisco, lime, caramelized pineapple syrup, hibiscus tea, egg white, Peychaud’s bitters) was one of my faves of the night. I might add a dash of simple as it was a bit tart though. 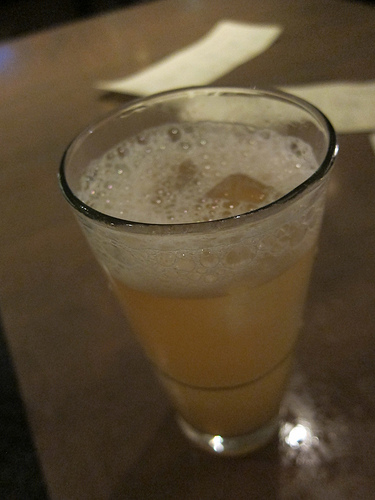 And the greatest name for a drink, Pants Down (apricot brandy, lemon, Aperol, Cocchi Americano, soda water) keeps in mind that although it’s Fall, it’s still warm in LA. This would be a refreshing cocktail to start your night.

Ah, it may be time to head back to West LA for another cocktail.

Other Picca articles from The Minty

Back for more at Picca