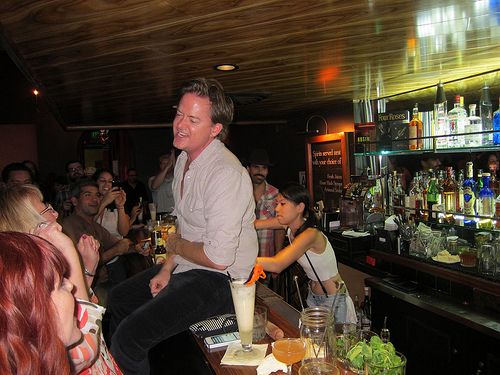 Has it been really just a year Neat Bar has been open? Must be as owner Aidan Demarest and Neat celebrated their one-year-anniversary a few weeks ago.

Although I’ve had plenty of Sailor Jerry at events, I can’t say I really have ordered a cocktail with it in it. These cocktails this night changed my mind. In the hands of the right bartender, the Sailor Jerry really comes through as a great spirit. I can still taste the wonderful bacon in the Sailor Jerry’s Bloody Mary from Art Beyond the Glass. 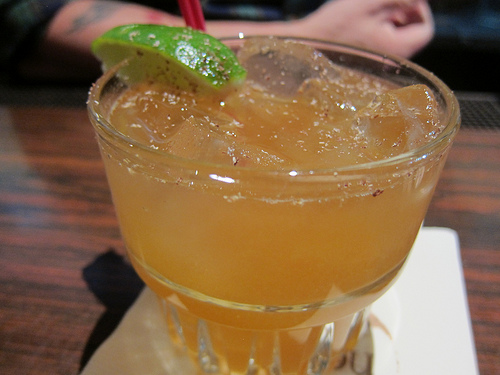 First up, I had some of Erick’s Capricorn Punch (Sailor Jerry rum, velvet falernum, batavia arrack, lime, pineapple). This eased me into my bar stool and probably should have warned me I had a long night ahead of me. 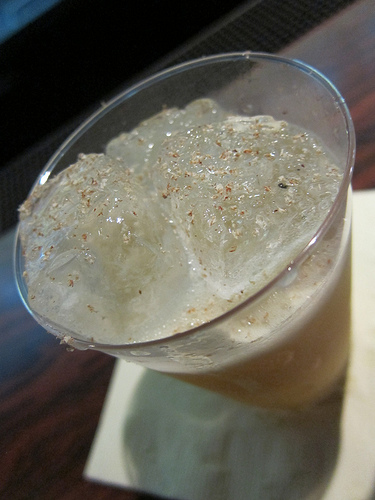 I also tried Mia’s take on a Army Navy (with gin) — her’s is the Navy Army (Sailor Jerry rum, orgeat, lemon, lime, nutmeg). I like the Army Navy but I think I may like the Navy Army just a bit more. 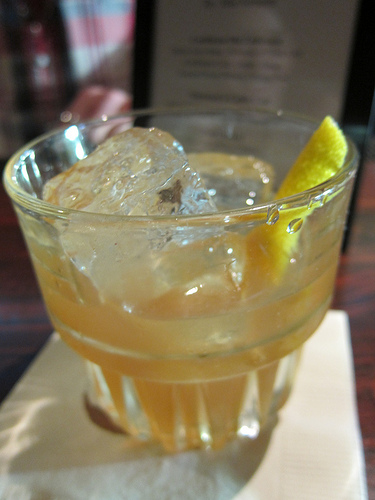 Mia also had a Caribbean Old Fashioned on the list. The Sailor Jerry is paired with 14-year-old Balvenie Scotch that’s been aged in a Caribbean barrel. Instead of sugar, there was honey syrup. And all topped with toasted pecan bitters. Ah-mazing. 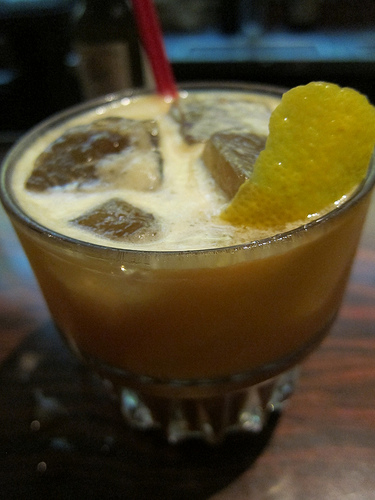 I will pretty much order any drink with Fernet Branca in it. The Catalina Island (Sailor Jerry rum, Fernet, Rittenhouse rye, Carpano Antica, lemon, lime, demerara syrup and Mexican Coke) probably sounded a little scary to others but there’s something about it that appeals to enthusiasts. Bring it.  Ah, wonderful. 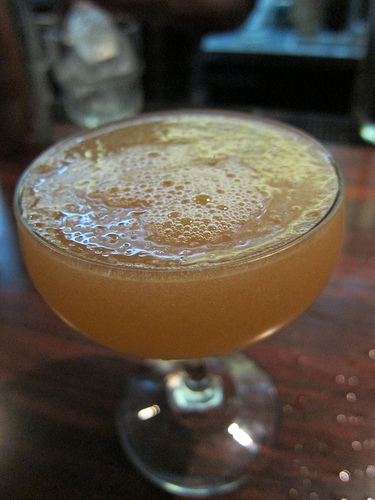 Then Arash started his guest stint and his list rolled out with the Sailor Daiquiri. This evened out my keel that was slowly rockin’… (this means I was starting to feel that last drink). 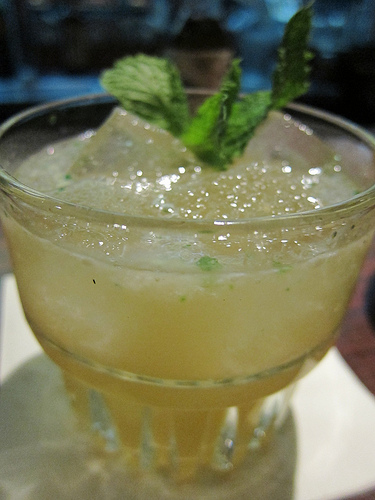 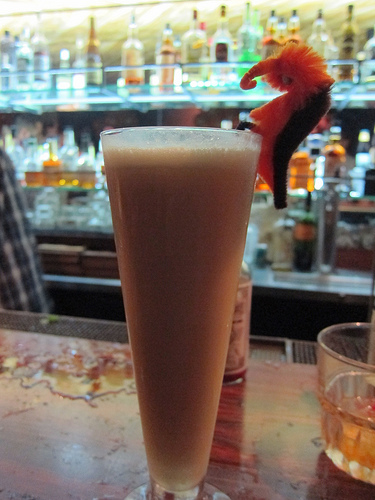 But my night was made with the blender daiquiri from famous bartender John Lermayer. My night as a fan girl was made. It was garnished with a fuzzy bird and it was very festive to toast Aidan Demarast and his team at Neat.

The rest of the night was filled with sipping from the Sailor Jerry cask (I didn’t but others enjoyed) and laybacks (maybe that happened).