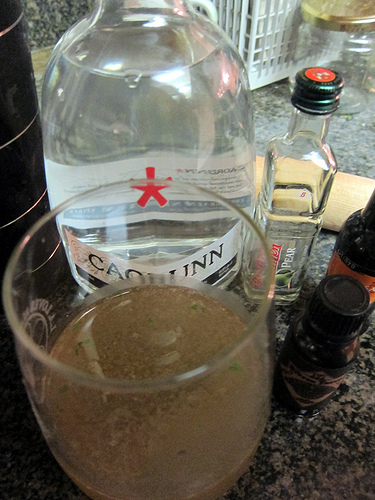 When I talk to people about gin, they are often surprised how enthusiastic I am about Scottish gins. And then I tell them that one of their favorite gins is actually Scottish, they’re floored. When you think gin, most think London dry style. But there are plenty that are soften, more floral. Caorunn gin I’ve found lends itself very well to fruit forward cocktails. At a gin tasting last year, I really liked the Caorunn drink with apple.

At Bagatelle last Fall, I tried the Ramos Milk Punch made with Caorunn.

This was a take on a Ramos but made punch style. Along with the Caorunn, there was both lemon and lime juices, simple syrup, vanilla almond milk, orange blossom water, grated nutmeg and soda water. And if it’s a birthday, light up sparklers like Bagatelle. It’s just so festive. 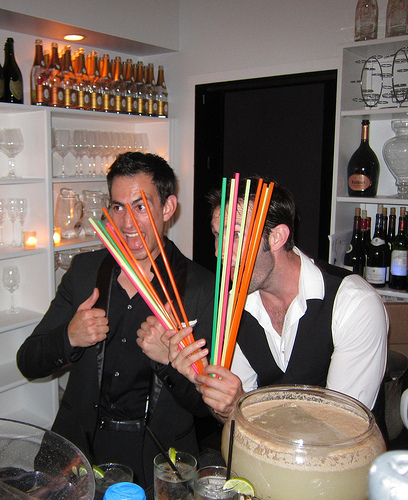 I was playing around with Caorunn and came up with a cocktail using Caorunn and a few things I had picked up from Tales of the Cocktail.

Muddle the shiso with lemon juice and agave syrup in a mixing glass or tin. Add the gin, pear liqueur, sherry and ice.  Shake hard (for about 40 seconds), strain and serve up. Add a few dashes of bitters.

I don’t like sweet cocktails but if you like it sweeter, add more agave. The shiso adds a not uncommon but different herbal flavor.