Art in the Age line

Tonight Brand Ambassador Rachel Furman for Art in the Age liqueurs will be guest bartending at Cole’s in Downtown Los Angeles.

There are four Art in the Age liqueurs including Root, Snap, Rhubarb (originally Rhuby) and Sage. Root tastes just like root beer. Snap is ginger and Sage and Rhubarb are self-explanatory. My favorites are Sage and Root. 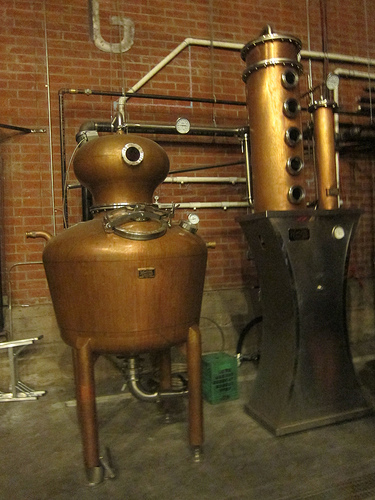 Greenbar also produces its own line of organic spirits which include Tru Vodka, Tru Gin, Ixa Tequila, Crusoe Rum, Fruitlab liqueurs and Bar Keep Bitters. It was fascinating to compare the decades old still which they still use to their newer, computer-controlled one. The older still is just so cute and is the basis of their logo. 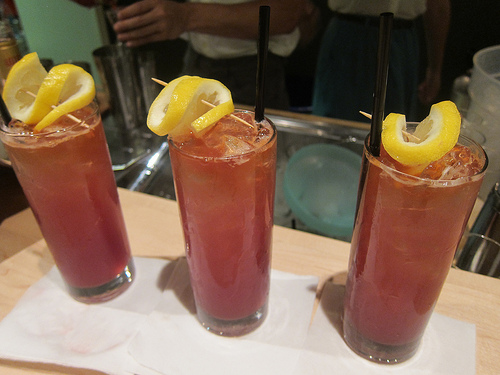 Bend and SNAP by Chris Amirault

Rachel gathered some of LA’s brightest bartenders to come up with some interesting cocktails this evening. Chris Amirault from Eveleigh presented us with the Bend and SNAP (Snap, Ixa tequila, Lillet Rouge, lemon, simple syrup). This was the ideal drink to sip on while walking around the distillery. It was refreshing and I loved the hint of spiciness. 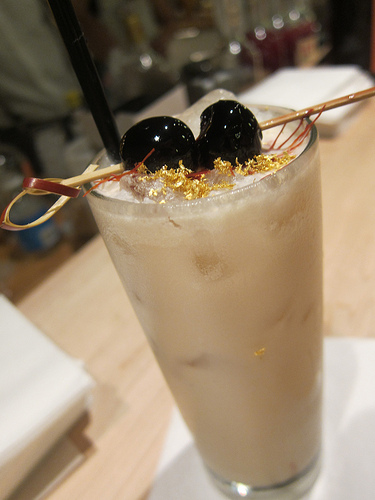 What I love about the liqueurs are they add flavor and are generally low proof. If you like fizzy drinks, beer cocktails are coming in style. And a shandy is a classic. Add some liqueurs or amari and you are in business. Bestia’s Karen Grill takes that idea and runs with it with her Downtown Shandy (Sage, Creme de Peche, lemon, honey syrup, El Segundo Citra Pale Ale). It also smelled great garnished with fresh sage leaves.

Dunes ’til Dawn by Ryan Qualls

Over in Glendale, Ryan Qualls mans the bar at Neat. His cocktail, Dunes ’till Dawn (Rhubarb, grapefruit, lime, simple syrup, soda, Angostura bitters), could probably have you up to dawn dancing. It’s another beautiful long drink meant for patio days.

Rachel’s been dropping hits lately about her drinks. I have a feeling they’ll be savory. Think cheese garnish and BBQ!

Art in the Age