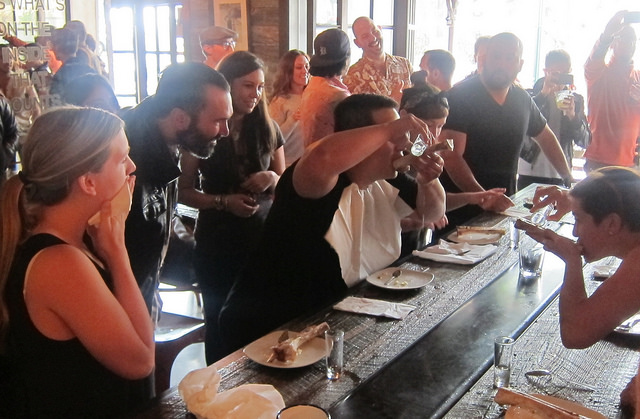 This year has been zooming along and for Throwback Thursday, I thought it’d be fun to recap San Diego Bartenders Weekend that happened in early March. SDBW has rapidly become one of my favorite cocktail weeks or rather, it’s almost an anti-cocktail week because there is no education component (seminars). It’s all about bartenders from San Diego and beyond getting together to talk shop- or not. There are events, competitions and hanging out at bars with many opportunities to catch up (network).

The first event was the Wray and Nephew Bone Luge at Craft and Commerce. For those unfamiliar with this cultural phenomenon, it’s where you do a shot of down the hollowed out bone marrow. I never thought I’d be called upon to give advice on how to best do a bone luge but there I was encouraging enthusiastic bartenders to eat the marrow first then do the shot. Wray and Nephew is an overproof rum and after a while, I’m glad this took place near the open windows. All that meat and booze… the smell almost (not really) overwhelmed the raucous crowd. 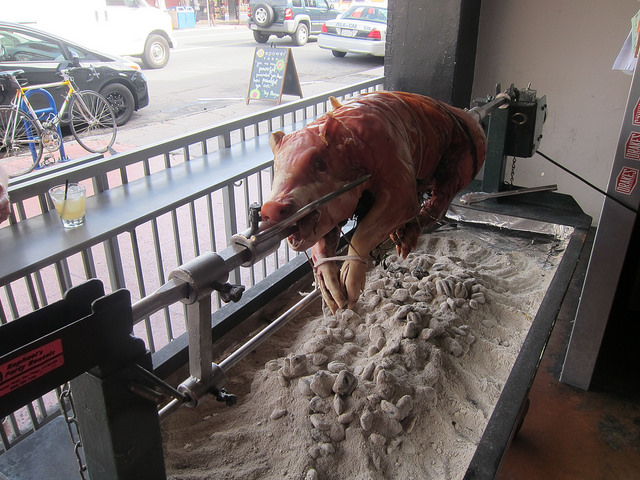 Another meaty event was the Bon Vivants Hawaiian Luau at the local barcade. Coin-Op Game Room is an impressive arcade that served craft beer and cocktails. The Bon Vivants set up a pig roast on the patio and everyone happily had a good time with Tequila Ocho. There may have even been punch going around. 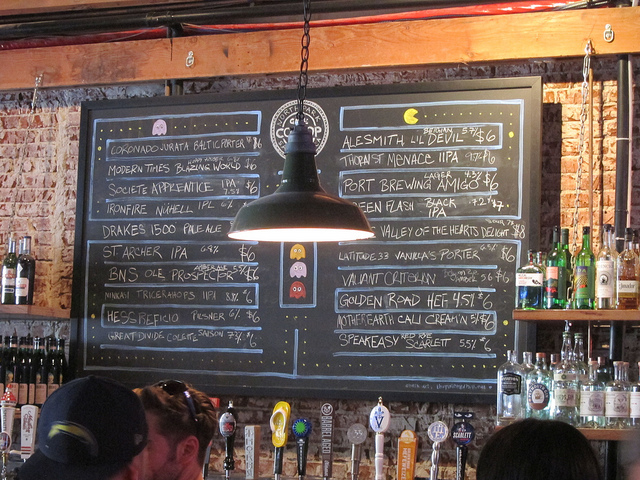 Loved the menu board at Coin-Op. I wonder if the Bon Vivants did a pig roast in LA, would they consider EightyTwo? 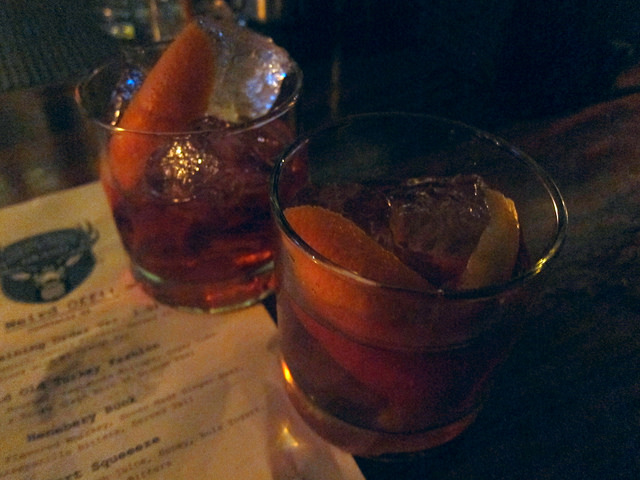 Last year, the Wild Wild West Rematch took place at Seven Grand San Diego. This year, a local San Diego style competition called Weird Off took over the back room. It’s basically a free-for-all. Reports of liquids that may or may not have resembled blood being squeezed from plastic doll parts wasn’t even the “weirdest” thing. LA bartender William Cutting from Neat was a runner up but San Diego remained the Weird Off King. 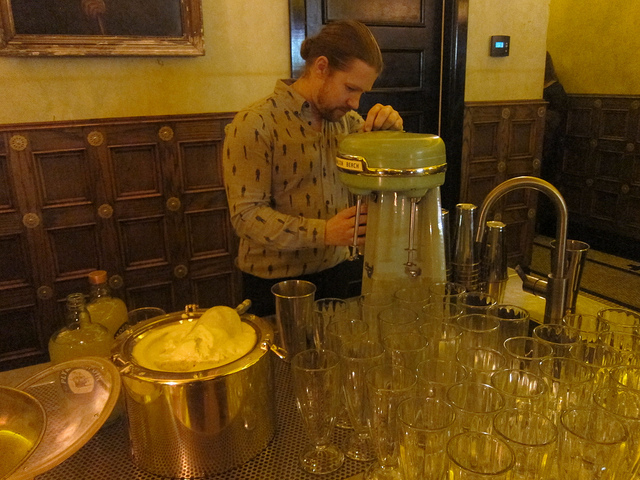 What’s even better than a Ramos Gin Fizz? One made with ice cream… in a blender. Trevor Easter, former brand ambassador for Beefeater and Plymouth Gins was a madman that night at the Pernod Ricard party at Polite Provisions. 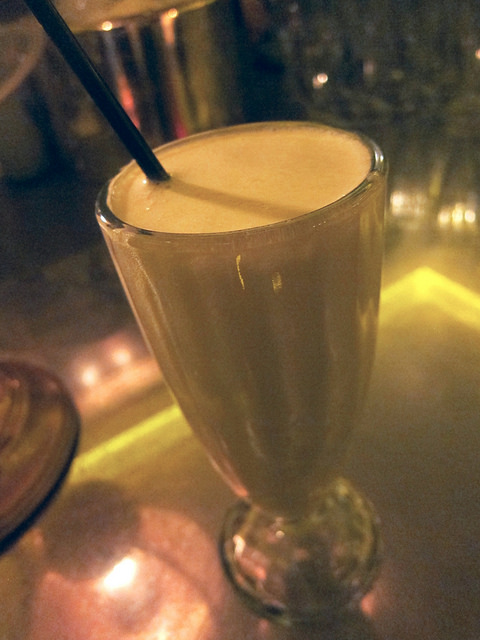 This party packed the house! 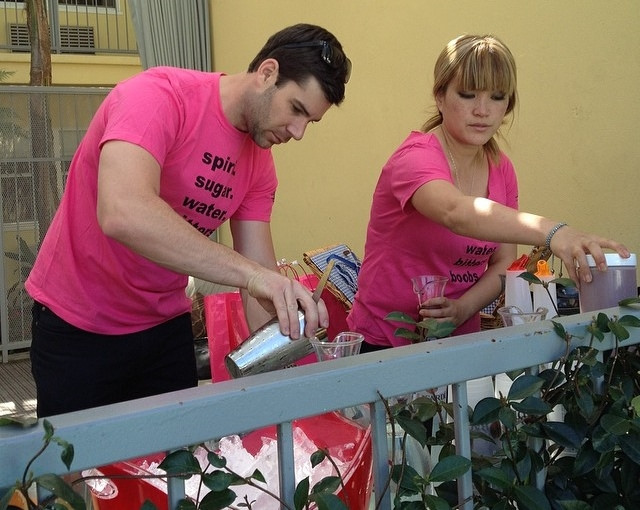 Bacardi Pool Party at the Lafayette

There was also a lot of pool time at SDBW. Most of us stayed at the Lafayette Hotel. Brands like OM Organic, Bacardi, Absolut and St. Germain entertained poolside. I particularly enjoyed the Bombay Red Snapper from Bacardi. 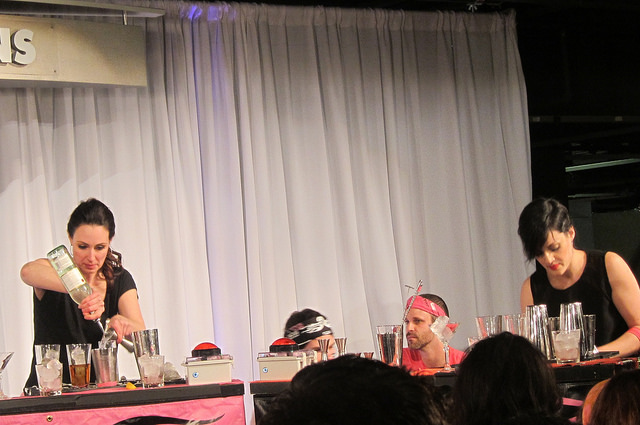 This year’s Speed Rack competition just wrapped up in New York at  last week’s finals. Caitlin Laman from San Francisco’s Trick Dog won. I was rooting for everyone but particularly the winner of San Diego’s regional Speed Rack, Mia “Tall Mia” Mastroianni from LA’s Soho House. There was something magical about the San Diego regional with it held at the San Diego Hall of Champions. All those trophies and awards lent a special air of competitiveness.

I came home early and missed a full day of events but will make sure I stay the entire SDBW next year!

Check out some stories from last year!