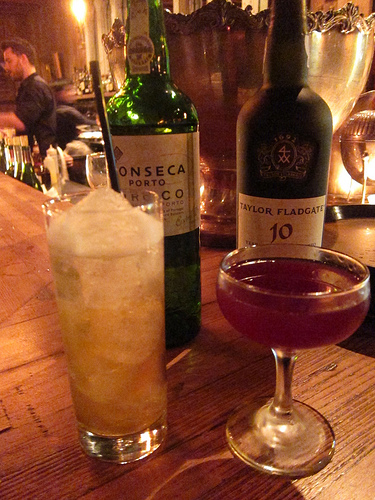 When The Minty was a young lady, she got it in her head that drinking port was very sophisticated. While others had coffee, I tended towards a glass of port, usually tawny port. Since I started drinking craft cocktails a handful of years ago, I switched from port to amaro after dinner. About two years ago, I started noticing sherry sneaking into craft cocktails and now I welcome port coming to the party as well.

Next I tasted the Snap Dragon (Fonseca Siroco White Port, green tea infusions, peach bitters, topped with Prosecco) and Angry Candy (Taylor Fladgate 10YO Tawny Port, bourbon, Forbidden bitters, brown sugar, Luxardo cherry). I liked the light Snap Dragon but felt the Angry Candy didn’t quite have that “punch” as its name suggested. Perhaps if it was a spicy cocktail– infuse the bourbon, perhaps? 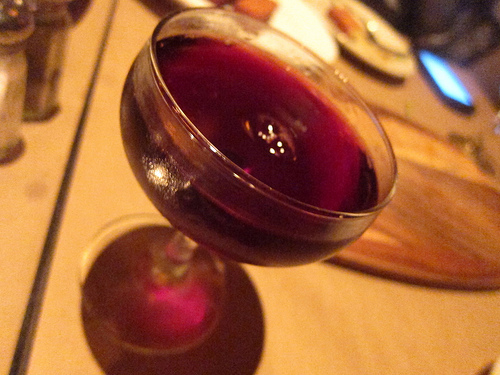 Next, I sampled the Bin 27 Martini, a classic cocktail from the Port Cocktails website. Using Fonseca Bin 27 Ruby Port, vodka and cranberry juice, it’s a revved up version of what you may have been drinking in college. 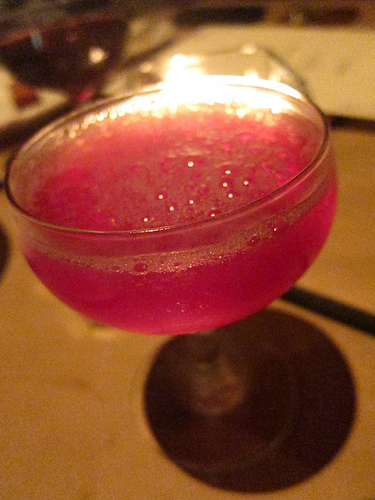 In the mood for rum? Try the Saint Valentine with Fonseca Bin 27 Ruby Port, white rum, orange curacao and lime. A modern daiquiri. 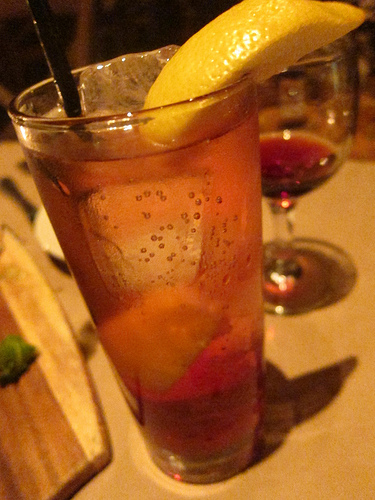 I’ve had many kinds of port before- ruby, tawny and even white but never had I had pink before this night. Croft Pink Port makes a nice light addition to a cocktail. This Pink Diamond (Croft Pink Port, soda, lemon wedge) would be a perfect sunny patio drink.

I’m so glad I didn’t have to give up port or cocktails, now I could have both! Last I heard, Cliff’s Edge was working on a punch program. Expect to see more punches including port punches in the future.