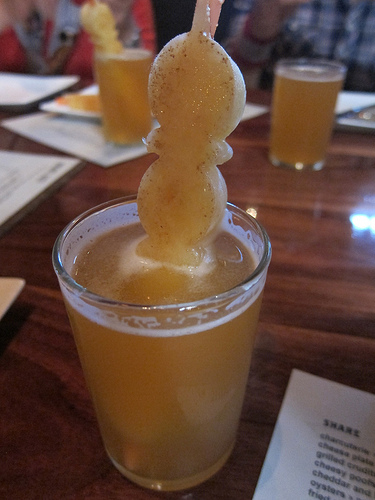 Has the summer heat has got you down? You could cool off at City Tavern with their new summer cocktails. Instead of serving the Hefeweizen with a slice of orange, City Tavern has come up with orange popsicles. The whimsical addition makes drinking beer even more fun. 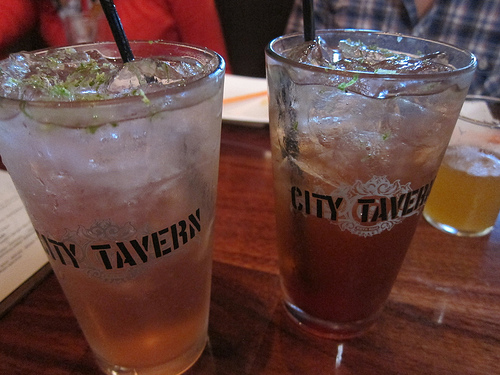 At City Tavern, there’s a drink called “White Sand Beach” and like the wind blowing across the surface of a beach, it is never the same. The drink changes with whatever shrub CT has that week. In the photo, the White Sand Beach on the left features Tres Sietes tequila, strawberry shrub, soda water and lime zest. The one on the right has the same except with watermelon shrub.  I liked these shrub drinks with some raw oysters. 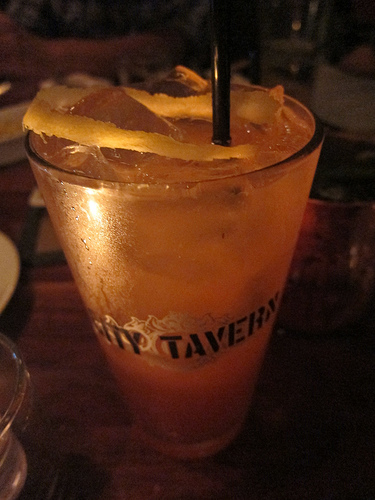 Another perfect summer cocktail is the Front Porch Sippin’. If you’re like me and don’t have a front porch (or any porch for that matter), swing by to City Tavern for this bright drink of pure Kentucky whiskey, ginger liqueur, lemon, lime, ginger strawberry syrup and orange bitters. 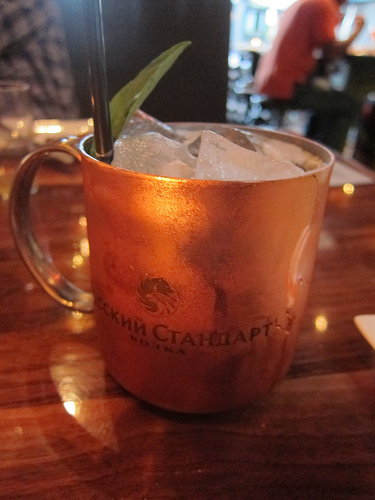 In my travels, I discovered the love of a good mule is universal. At City Tavern, their version of the classic is named Cool Hand Luke and features Russian Standard vodka, limoncello, basil pineapple marmalade and topped with a ginger foam. While I do love large ice cubes, I felt these were distracting in this drink. I’d like to see this made with pebble or crushed ice. But then I suppose the foam might be lost. 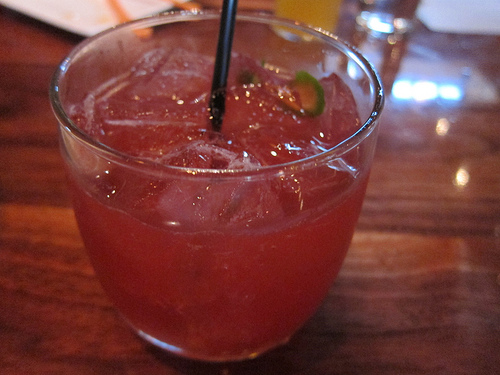 It’s not really summer unless you have a rum drink. For City Tavern, the Rum Slinger is Dos Maderas 5 +3, mixed berry syrup, lime juice, breakfast tea, dandelion bitters. This is another crisp drink that is light enough to go with the City Tavern gastropub food. I was very happy with the bacon cheddar pretzel and this drink cut through the heaviness beautifully. 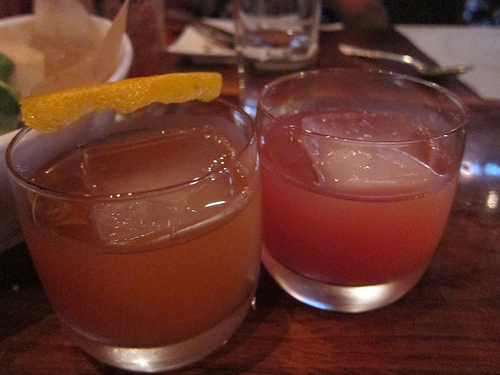 City Tavern has joined the bar trend to barrel aged cocktails. City Tavern takes it one step further and puts the drinks on draft. Currently, they are offering the Missouri Mule which is a classic cocktail of bourbon, applejack, lemon, Campari and Cointreau. We also had a sneak taste of another barrel aged cocktail but at the time, it had only been in the barrel for 2 days. I’ll have to go back when it’s been aged at least 6 weeks. 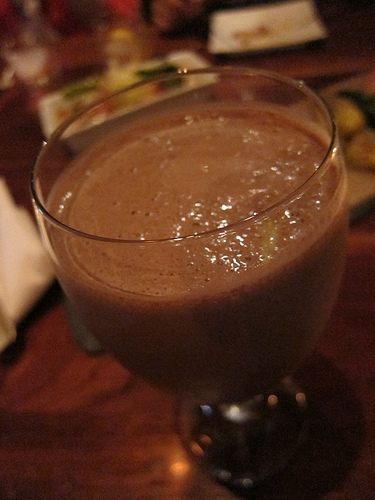 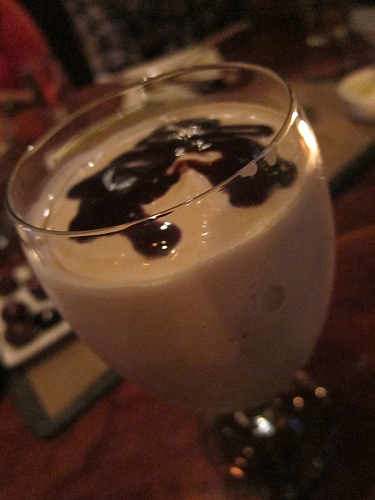 What’s a cocktail tasting without dessert? Luckily for me, City Tavern has some sweet beer milkshakes. My friends and I couldn’t agree on which one was our favorite- I liked the chocolate with salted caramel though they were into the vanilla with chocolate syrup and cayenne pepper. This only means you should try both and decide are you chocolate or vanilla. 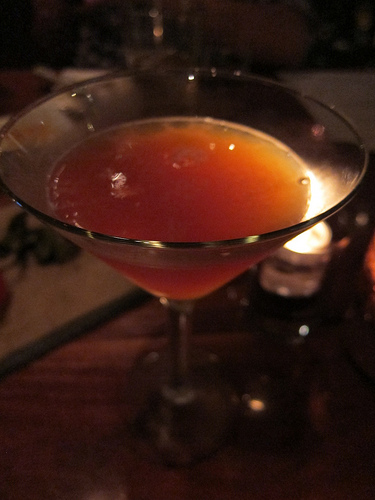 On the late night menu, there’s the Miracle Cure. It’s essentially a Fernet daiquiri with 10 different bitters (2 dashes of each of the bitters). After the beer milkshakes, I needed this “cure” to aid my digestion.

While Winter may not be coming soon, it’s best to try the Summer cocktails before LA claims there’s a season called Fall.