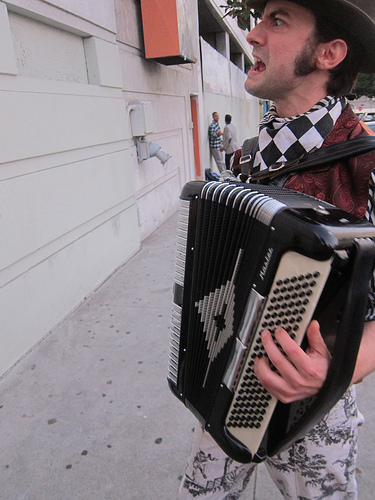 Hendrick’s Gin has been journeying across the nation with their giant traveling bar. The fun party is called Voyages into the Unusual. After I got back from Seattle, I wasn’t sure if I would make it. But this video convinced me I should go for at least a little bit. Plus, I was told it would be like a little taste of Tales. The William Grant and Sons party at Tales of the Cocktail was one of the best parties I attended last year. That one featured gin poured from the top of a circus car. How could I resist? And it was a sensory delight. It’s like a raucous circus combined with booze. What could be better? 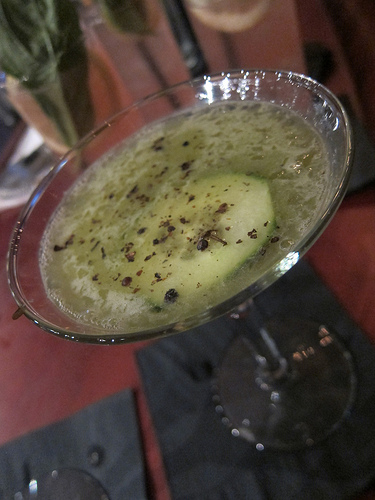 Night of the Iguana

Cocktails available that evening was Hendrick’s and Tonic which I feel is the next best way to taste a gin, the first being tasting it neat. There was also punch, secret potions from the Rose and monster in the box and a couple of cocktails. My favorite was the Night of the Iguana. The recipes are Hendrick’s but they were served by local L.A. bartenders. It was nice to see Damian Windsor, Nathan Burdette, Dan Long and Cari Hah leading the fun. 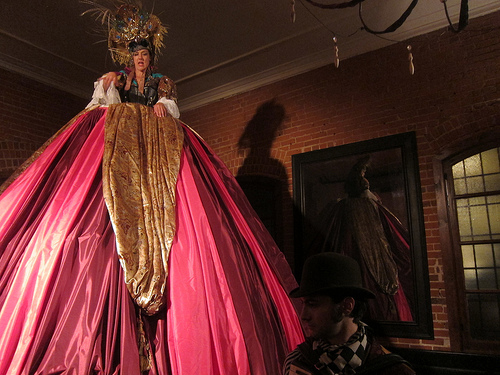 under the skirts we go!

Can you believe there was a bar under those skirts? And not only that your hosts were little people in bird masks. Unusual to say the least. We were served a punch that we quickly imbibed to let the next set of folks into one of the world’s tiniest bars. 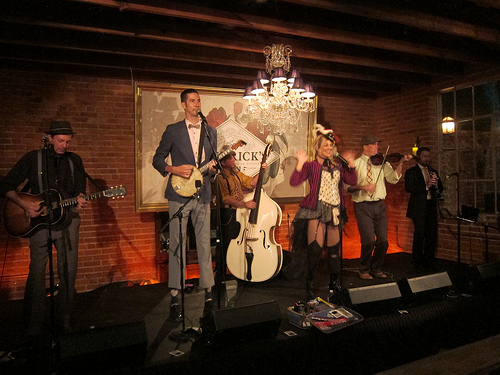 The band, White Ghost Shivers, travels with this Hendrick’s bar. They were awesome and inspired many to dance. 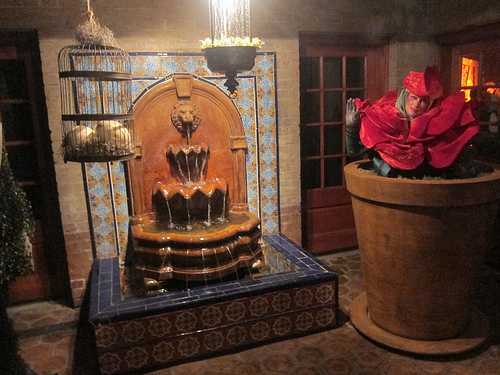 Besides the punch bar, wall of curiosities, monster in the box and the traveling punch, I was most intrigued by the Dancing Rose. Sure, you can play patty cakes with the wall of curiosities and either try to scare or be scared by the monster in the box (who always sweetly gives you a cocktail) but the Rose was beautiful. I wonder though if they’ve ever tried to stick a giant cucumber in a pot? 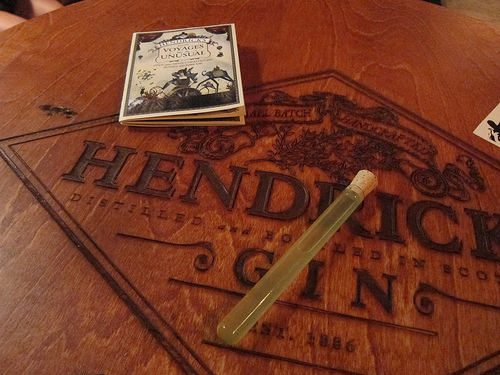 If you were nice enough, the Dancing Rose, she may slip you a test tube of Cucumber Blood (lemon verbena infused-Hendrick’s gin, simple syrup, lemon, cucumber, Green Chartreuse). 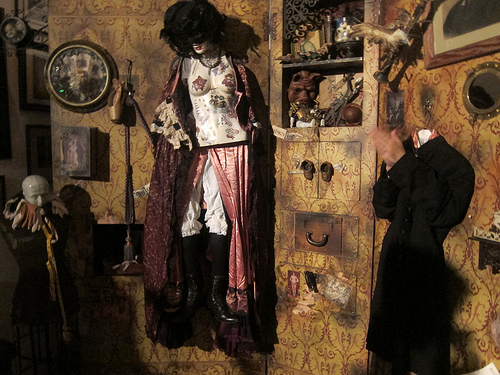 I thought it was pretty funny when the random hands came out of the wall of curiosities to hand out roses or cucumbers. 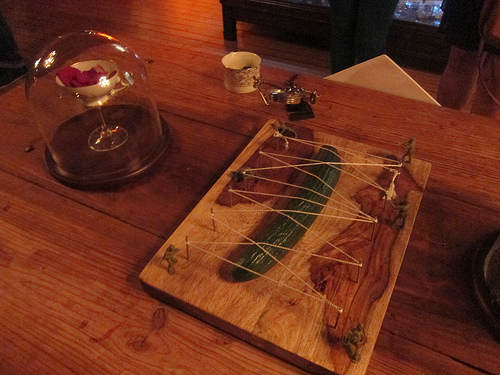 If you spot a Hendrick’s party in your town, I highly recommend it. Looks like the next one is in Philadelphia on October 23.

One thought on “Hendrick’s Gin Voyages into the Unusual”