When the gauntlet is thrown, what do you do but accept? I recently tried every single cocktail at Big Bar with a friend. Bar Manager Dan Long led us through a merry romp starting with vodka and stopping to say hello to rum, sherry, brandy, whiskey and much, much more.

A nice opening cocktail would be the Shakespeare Bridge. Dan doesn’t list every single ingredient on the list. If he did, you might not consider it for more than what it is- a champagne cocktail. And vodka. And rum. And and and. Well, you get the picture.

Keeping with the refreshing drinks, we next had the Full Monty Smash which I thought of as a sherry cobbler without the fruit. Instead, it had a punch of coffee in the form of the Galliano ristretto liqueur. I’d take this over an iced coffee any day.

My favorite bitter orange amaro Campari is combined with grapefruit beer for another refreshing drink. This would be a great drink to open your palate before diving into Alcove Bakery’s food. Big Bar is the bar inside Alcove and you can eat at the bar. 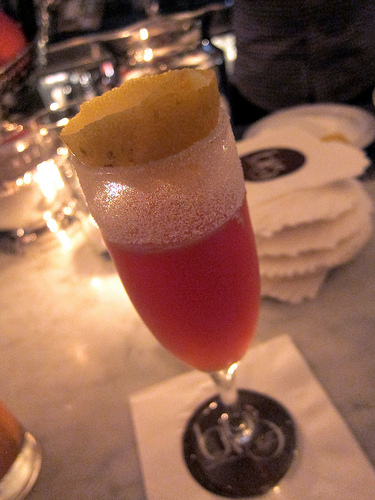 If you’re feeling celebratory, try the Pomme Pomme. A woman at the bar asked about every drink that was being made, seemingly unsure what to order. She finally asked for something sweet and bubbly. I thought she would like this drink but the Shakespeare Bridge would have been good for her as well. Later she was so surprised that this drink had two different brandies. 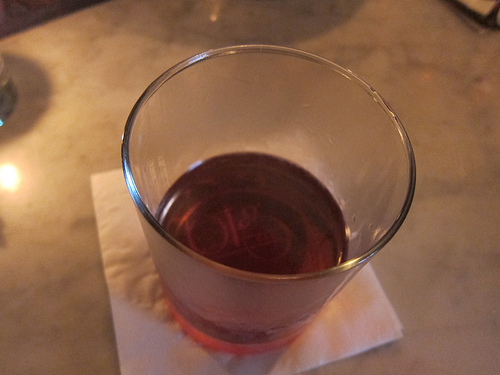 I had always thought of armagnac as somehow more aged than cognac but it turns out that is not the case. It’s essentially cognac but cannot be called that if it’s not from the Cognac region in France. At Big Bar, Dan uses armagnac to make their “house” Sazarac. It’s a beautiful contemplative drink. 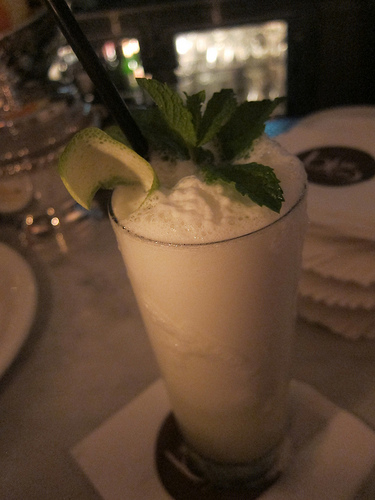 One of my favorite types of drinks from Dan are his Fizzes. He’s quite the genius with those and his Beau Geust Fizz is a great example of his wizardry. The yogurt in this drink comes from the Bols Yogurt liqueur and I like the idea of using champagne to fizz up the drink instead of soda water. I could have 5 of these but we were still tackling the menu. 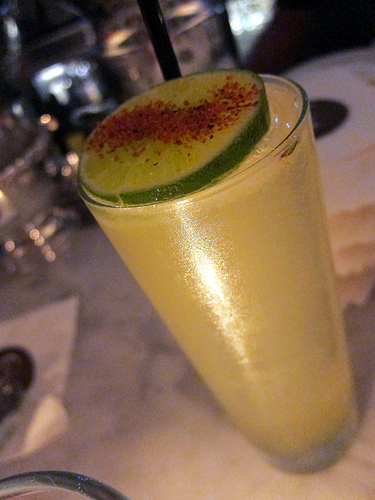 For those spice enthusiasts, the Pina Pica is perfect. Maybe get an order of chips and guacamole because this drink puts you in the mood for Mexican food. With mezcal and beer, it’s like a modern michelada. The pineapple shrub was also great in this. 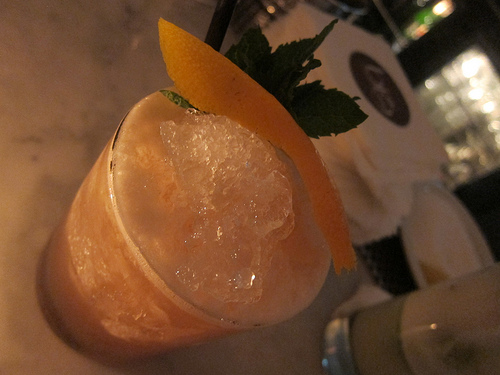 Dan hasn’t forgotten the highproof fans. His Port Royal features the overproof Smith + Cross rum. Its kick is tempered a bit by the tonic, citrus and fruit but enough of these, you’ll make this your desert island drink. 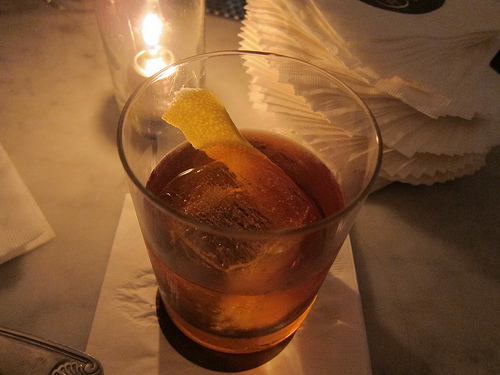 I’m always interested in Manhattan variations. Think brown, bitter and stirred with the Pointe Vecchio. My friend wasn’t fond of this but she doesn’t like old man drinks like I do. 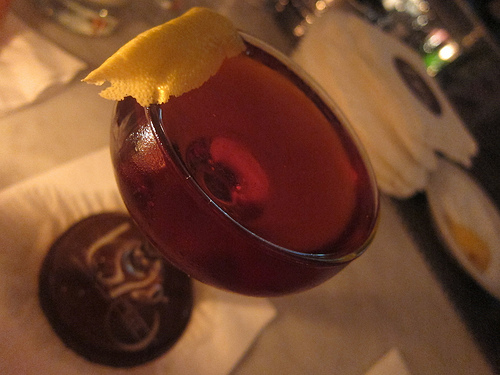 Getting more into the “put hair on your chest” territory, the San Patricio is also a Manhattan variation but this time it has Dan’s Improved bitters which is a mix of Angostura bitters, orange bitters and maraschino). The tequila is Sino and it’s been aged in Irish whiskey barrels. There’s definitely a link between bourbon drinkers and anejo tequila drinkers. This cocktail would please both.

Out of Your Element

To finish off the night, we had a drink I consider a dessert cocktail. The Out of Your Element is a great drink with the  most delicious Angostura bitters whip. And Cynar is always great, particularly infused with coffee.

Whew! And that’s the 11 drinks on the menu at Big Bar. My favorites were just about all of them but I’ll return over and over again to the Boo Radler, Beau Geust Fizz and house Sazarac.