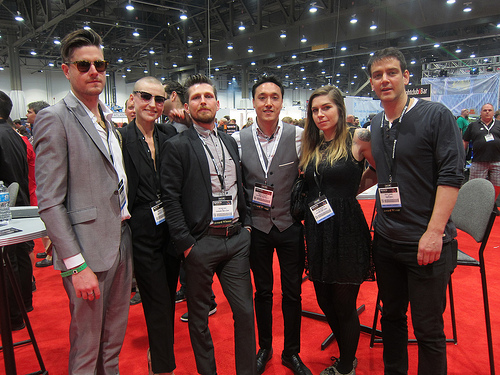 Go LA! Harvard & Stone and Pour Vous teams in Vegas for their awards 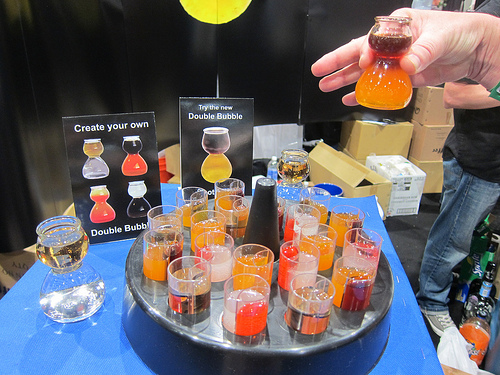 Moving on to the convention, last year I was a bit stunned and didn’t have much of a game plan when wandering the show floor. I did check out the Shake it Up competition and wanted to check that out again. I didn’t get a chance to attend any seminars which were my favorite part of the show last year. There are some worthwhile sessions to consider in bar management, bartending, operations and management, social media and more. I ended up wandering the show floor to spot trends.

Oh where to begin? This year’s trends seemed to be leaning towards easy mixing. I saw a few of these “double” shots dealies.

Essentially, the idea is to just have a “party in your mouth.” Who needs a bartender some wondered? 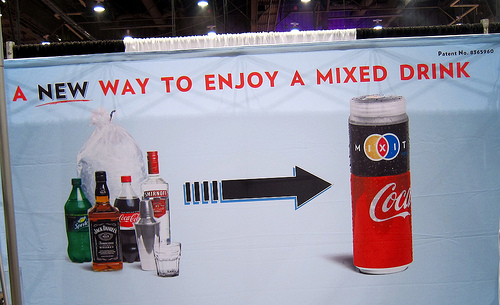 There’s even a company trying to develop a 2 oz snap on that attaches to a soda can. As your drink from it, the soda passes through the booze, creating a mix in your mouth. I am wondering if you’ll get all booze then your soda last. It seems like a good idea but without even a prototype to go on, I stared at this poster in disbelief.

Sorry, I want hot bartenders in my life.

Flavored vodkas are still huge. The buttered popcorn scared me. I do have to say I did get a bottle of the 360 Glazed Doughnut bottle from Tales of the Cocktail  last year and you know what… it’s not bad.

What’s easier than those shots or snapping on 2 ozs of booze to your soda? Pouring a flavored spirit with a mixer. I am not in the general market but I can see money maker. Try the Glazed Doughnut with Rootbeer. 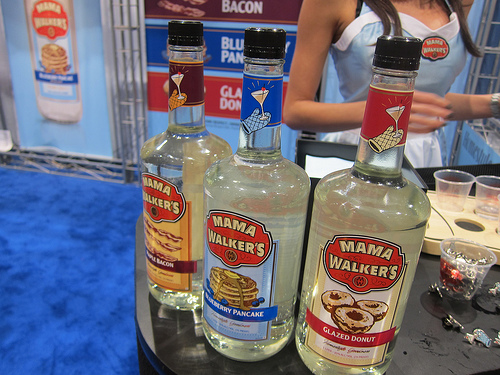 Mama Walker’s insisted they are not flavored vodkas but rather liqueurs. I guilty admit the blueberry pancake wasn’t bad but 360 has a lock on the Glazed Donut. 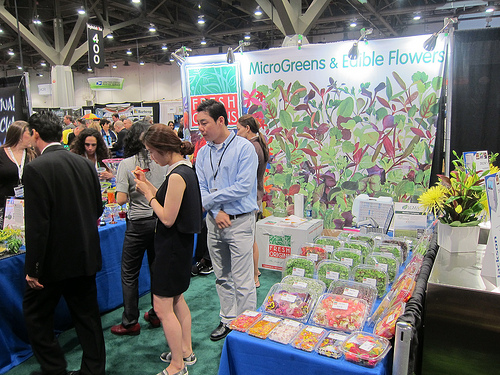 Oh, you came to the show for other stuff? Yeah, they were selling other things you might need. Like microgreens and flowers to make your drinks pretty.

I’m not being sarcastic when I say this was some cool patio furniture…for Count Dracula’s castle.

and then we got all  wild

Keep in mind this show is in Las Vegas so there were some things definitely more for clubs and high volume bars. The funny animal print bottle housed a “Bailey’s” type cream liqueur. It wasn’t bad but I could not stop petting the bottle. 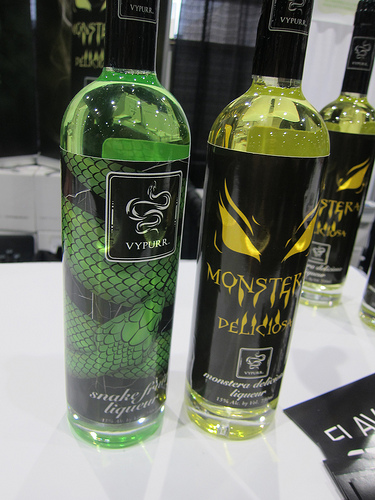 Moving on, these were just begging to be paired with energy drinks.

Oh but seriously, you can have a lot of fun at shows like this. Ice luge for Kahlua Midnight, anyone? 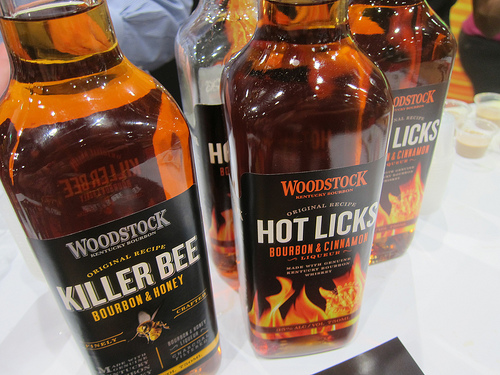 Why limit flavors like cinnamon and honey to just vodka? Let’s try it on whiskey and tequila.

well you know, cows do it too

Next year, I know I should begin at the craft beer section and move onto funny booze section. Fortunately, the craft beer is generally good and there was some interesting mezcal to be had.

for the times you struggled with you lime insertion

Unlike my traveling companions, I had fun looking at the various contraptions. Who knew getting limes into bottles was so difficult? Now we have machinery to do it for us! 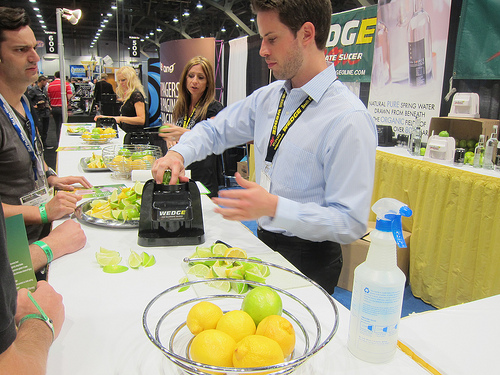 gadget to cut all your lemons and limes

And the quickest lime and lemon chopper ever! Actually I do want one of these…

You make the initial cut(s) and then come out with perfectly quartered wedges.

And boom. The Flashbang was probably one of the more genius “shot” ideas at NCB this year. It’s all about tactical drinking.

I hope next year’s big trend will be Craft Spirits. There will be a judging at the 2014 NCB show. From what I observed now with two NCB shows and one WSWA show under my belt, American drinking culture does not revolve around craft cocktails or speakeasies. Money is still being made at neighborhood, dive, restaurant and hotel bars. Sure, they can figure out what’s trendy now ($17 old fashioneds, anyone?) but there’s also a push towards hospitality and getting away from the pretentiousness of cocktails that take 15 minutes to make. Somewhere there’s a middle ground. 2014 will be an interesting year.