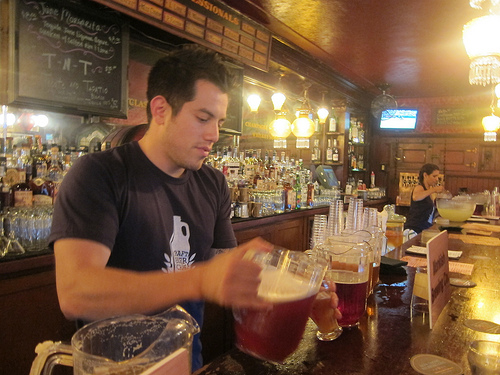 Los Angeles has become a craft beer lovers’ dream city. A few months ago, 213 Nightlife hosted its 4th Annual LA Craft Beer Crawl through their Downtown LA bars including The Varnish, Cole’s, Casey’s, Las Perlas, Broadway Bar, Golden Gopher, Cana Rum Bar and Seven Grand. This year, the event was spread over 2 days so you didn’t feel like you had to take down all the brews in one afternoon. Plus, certain brews were only offered at specific times.

The starting point of the event for everyone was Casey’s. You picked up your tickets and tasting glasses there and most likely stayed for beers from El Segundo Brewing Company, Firestone Walker, Golden Road Brewing and others. We decided to try to come back after to avoid the line so we hit The Varnish and Cole’s first.

We probably spent more time than we should have at Cole’s but it really is one of the bars I spent the most time at and so it was easy to lapse into hanging out trying different beers including brews from Ladyface Ale Company and Monkish Brewing Company, two great local breweries. 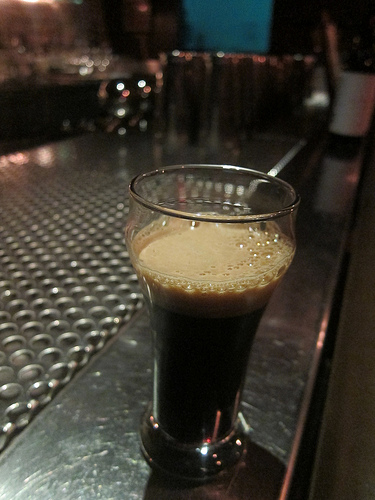 At the Varnish, I tried a great  Imperial Russian Stout from TAPS. It was the one of the few glasses I finished this day but knowing that if I came back, most likely they would be serving something else.

We went across the street to Las Perlas to try a couple of beers and I found Strand Brewing company serving Imperial IPA.

We also got the Groundwork Coffee porter from Smog City Brewing. Being a dark beer girl, I liked this quite a bit. 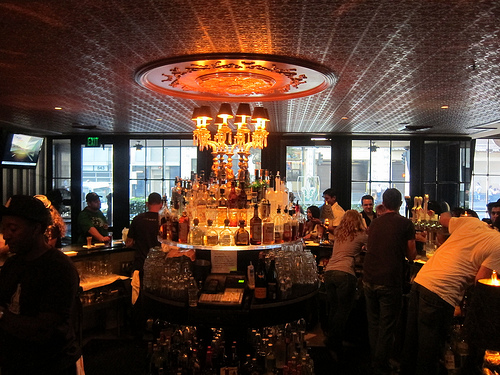 With a quick jaunt over to Broadway Bar, we hit one of the more popular bars on the crawl. It was packed top to bottom. We squeezed upstairs finding Kinectic Brewing IPA along the way. Later someone impressed me to try Abita Brewing Company’s strawberry dopplebock. Both were a little too sour for me but again, I like dark beers.

While we thought Broadway Bar was packed, we couldn’t even get into Golden Gopher. The Gopher has always been known for their beers so it was unsurprisingly. We said  “we’ll be back” to no one in particular as we passed it on our way to Seven Grand. The boys at Seven Grand were rocking it out and I tried Deschutes’ XPA as well as Brewery Ommegang. On the patio was Weihenstephan, supposedly the oldest brewery in the world serving their Hefeweiss.

We would have liked to have gone to Cana for the beer cocktails but they appeared to be closed up already. Ah well, good thing it is a 2-day event.

Throughout the crawl, we noticed people wearing pretzel necklaces. Part accessory but mainly easy access to snacks and palate cleansers, the pretzels helps line your stomach as you bar crawl. I had seen them before at other beer fests but this was the first time they were more than just a string through a handful of pretzels. These were elaborate chandelier necklaces of not just pretzels but bagels, bagel chips, chex mix and some even had candy. I may have to learn how to make these fun and funky necklaces for next year.