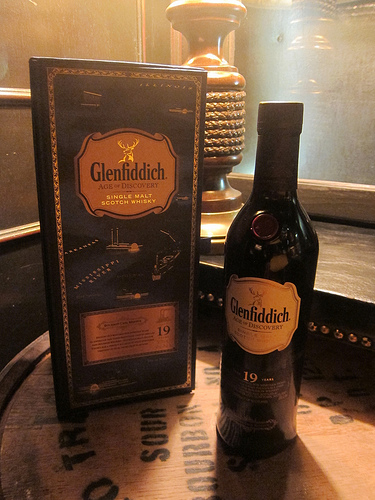 Looking for a last minute gift idea? Booze is generally a good idea. Recently I had the opportunity to taste through the Glenfiddich expressions at the Downtown Los Angeles whiskey bar Seven Grand including the Age of Discovery Bourbon Cask Reserve, aka the Glenfiddich 19. The Scotch is aged for 19 years in the American bourbon barrels and the name was inspired from the American Whiskey tradition and shipping whiskey barrels via American rivers. The eventually empty barrels were generally to Scotland to age whisky.

The limited release is spicy with vanilla notes. We tasted through the 12, 15 and 19. The 12 is very good for every day sipping while the 15 may be for more for a contemplative night. I would drink the 19 with friends. 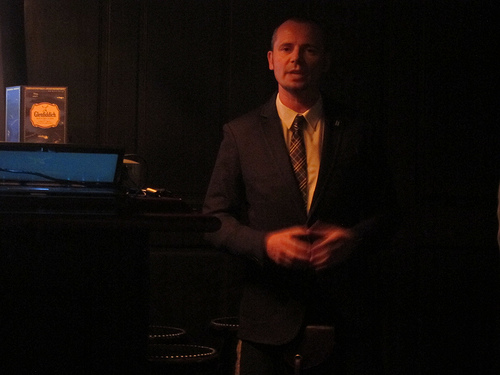 We had great fun listening to Glenfiddich brand ambassador Mitch Bechard describe his visits to the Glenfiddich distillery. It sounds like a good tour. Maybe I’ll put Scotland (and Ireland) on my next booze travel wish list. I hadn’t realized Glenfiddich was the distillery to introduce the single malt category decades ago. 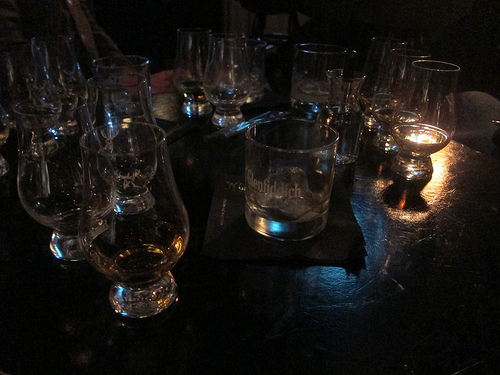 tasting through the Glenfiddich expressions

One thought on “The Minty Reviews: Glenfiddich 19, Age of Discovery Bourbon Cask Reserve”