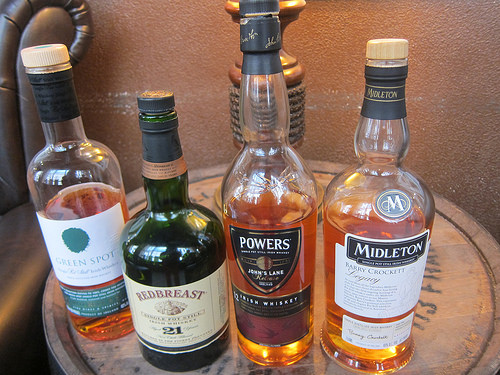 What are you drinking for St. Patrick’s day? Recently I attended an Irish whiskey tasting that included the “new” Green Spot and Redbreast 21. We also tasted Powers 12 and Midleton Barry Crockett all from the Irish Distillers’ Group which also owns Jameson.  The tasting took place at Seven Grand in Downtown Los Angeles. We were in the new Jackalope room which is dedicated to serious whiskey drinking. 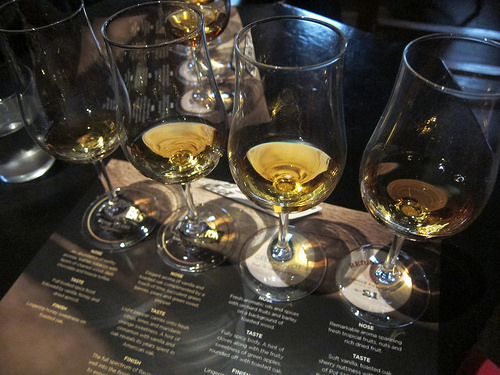 We started our tasting with Powers 12. Powers is a blend of pot and grain still whiskeys while the 12 is from a single pot still. 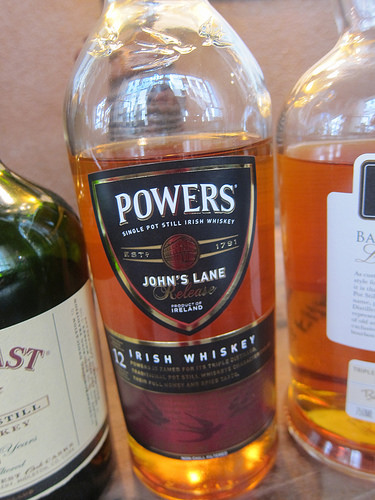 I started my whiskey drinking life with Jameson and although I began to appreciate other types of spirits, I’d swing back to Irish whiskey. Then years ago, I started ordering Powers whenever I would see it. I was very pleased to try Powers 12. It’s flavorful and the sort of whiskey I’d like before a meal but you could also enjoy it throughout as it won’t compete with food. Actually, it would probably enhance the meal. 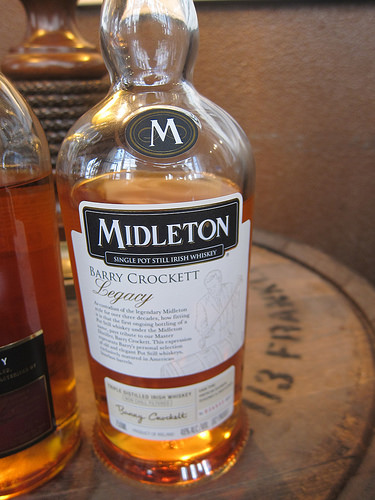 Every year Midleton releases a special bottling and in 2011, Middleton honored Jameson’s former master distiller, Barry Crockett. Known as the Barry Crockett Legacy, the whiskey is a blend of different whiskeys that had been aged in bourbon and new American oak barrels. I thought this was an excellent whiskey with a sweet, round flavor. 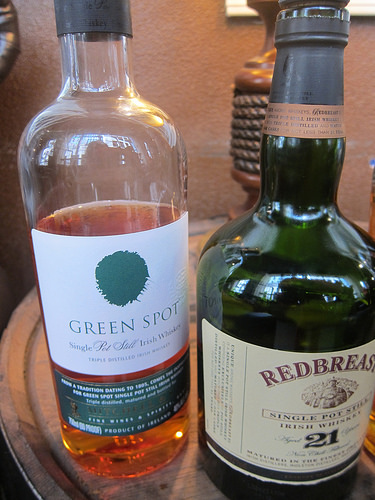 Back when you could buy whiskey straight from the still, Irish wine merchant Mitchell and Sons would buy unaged Jameson and age it in sherry barrels. They would mark the barrels with different spots of colors and eventually Green Spot became the favorite. Midleton Distillery which produces Jameson has introduced their own Green Spot and have plans to eventually release others such as Yellow Spot per an agreement with Mitchell and Sons.

I really liked Green Spot and I think it’d be a great whiskey to seek out and not just for the upcoming St. Patrick’s day celebration. Don’t be caught without your green (spot)! 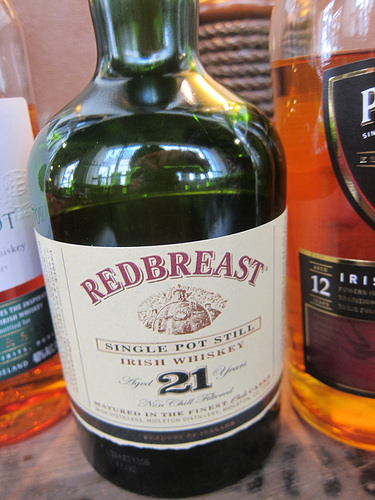 After tasting three great whiskeys, we were primed for Redbreast 21. I had made the progression from Jameson to Powers and now to Redbreast a few years ago. There came a time where it was exciting to find Redbreast 15 (it still is!) and now we have the 21 which had lots of dried fruit flavor due to the aging in sherry casks.

Of the four I tried this day, my ultimate favorite was Green Spot. I’m looking forward to the other Spot colors!