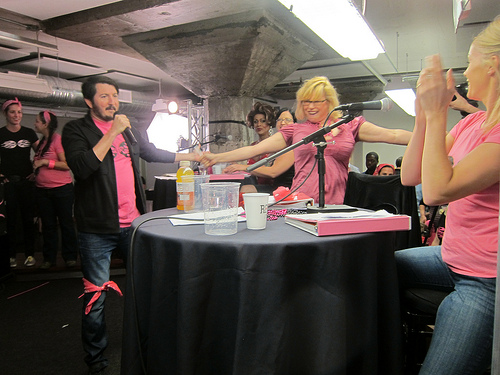 The last few weeks have been busy in The Minty land. I was in Seattle and Portland last month namely for Portland Cocktail Week. While I just finished posting about Seattle, it’s been a bit tougher gathering my thoughts about Portland Cocktail Week. There were so many seminars, activities and parties but one of my favorite events was Speed Rack. Organized by LUPEC-NYC (Ladies United for the Preservation of Endangered Cocktails) and produced by Lush Life Productions (also the co-producer of PDXCW), Speed Rack raises money for breast cancer research.

This Sunday, November 13 from 3-7 PM, Speed Rack comes to the Roosevelt Hotel in Hollywood. Eighteen LA bartenders will be competing and the winner will be crowned Miss Speed Rack LA. She wins a trip to New York to compete in the finals.

Tickets are $20 online and $25 at the door. Four hundred people are expected so you better get your tickets now!

Besides watching the fun competition, you get punches, cocktails, beer and food. The atmosphere really reminded me of roller derby, a sport that I love. Fierce and female!

Here are some highlights from PDX!

Speed Rack volunteers helping to set up- love that it's the men helping out! 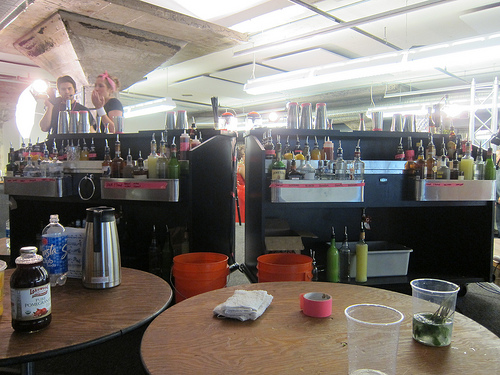 back view- looking at the wells of the bars 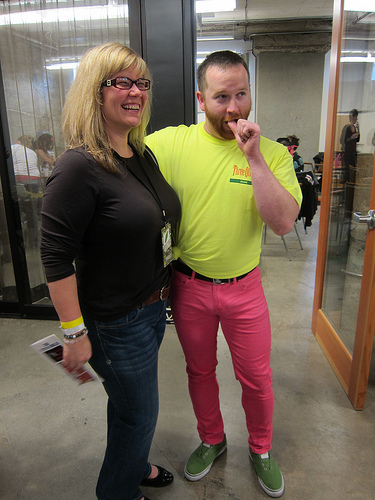 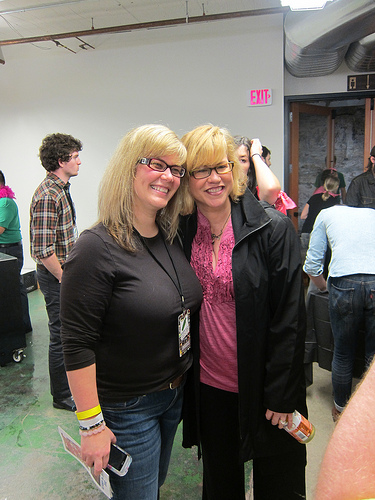 I love that Audrey Saunders from Pegu Club took this picture with Jennifer Heigl from Daily Blender. The two are often mistaken for each other. When introduced as a judge, Audrey show what her mama gave her in support of boobies.

Besides raffle tickets, you could pay for a smooch or two. All for a good cause! 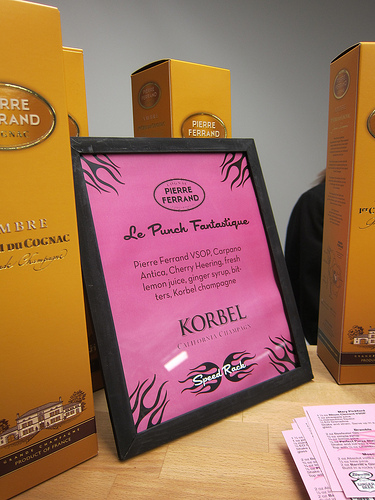 one of the many punches

Watching a bartending competition has its advantages. Lots and lots of booze from really great sponsors like:

First the four judges request their drinks. The two bartenders make each of the four drinks. Judges only judge the two cocktails in front of them. Besides trying to be the fastest, you have to be the most accurate. Time is added to your base time. Although you may have initially beat the other bartender on time, your score could potentially go up for penalties like having too warm of a glass, off-taste, etc.

Judges take their job seriously. At the PDX competition, a drag queen by the name of Poison Waters ordered cocktails like Moscow Mules and Cosmopolitans. She says she knows a good Cosmo when she has one. Beside her is Misty Kalkofen from Drink in Boston and also from LUPEC-Boston. The fourth judge was Charlotte Voisey. Some industry heavy hitters! 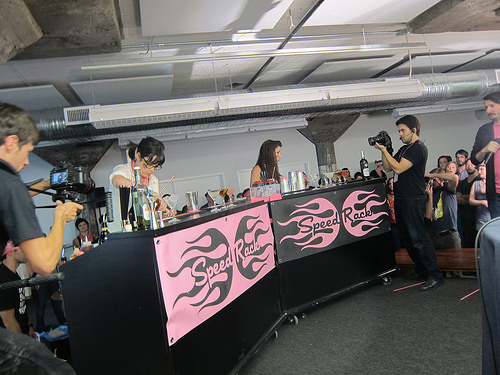 See you on Sunday!

12 thoughts on “Speed Rack Comes to LA & Highlights From PDX”