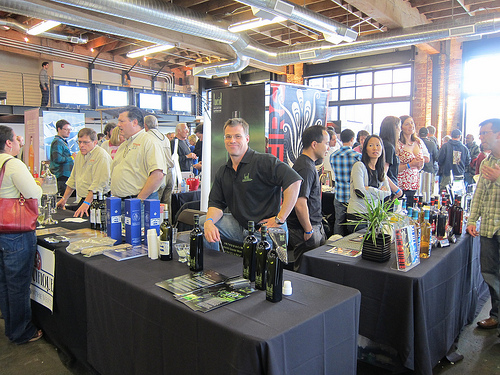 The Great American Distillers Festival coincided with Portland Cocktail Week and so I swung by one of the days to do some tastings. I probably should have sought out only Pacific Northwest spirits like my new friend Dave Garlock from Be Portland but I was just merrily sampled whenever I felt like stopping at a booth. I had only 3 tasting tickets so I figured I should use them wisely. 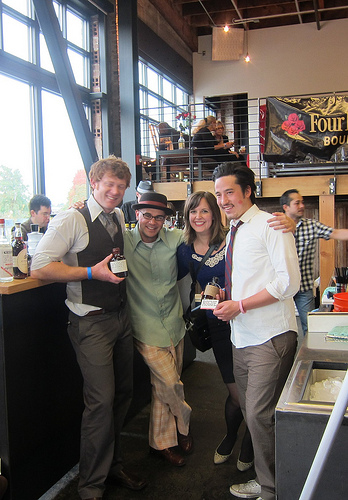 I missed the cocktail competition since I was downstairs watching Speed Rack but I had hoped LA’s Best Bartender Justin Pike would win. Here’s Daily Blender’s recap of the competition.  As it turned out, Portland’s Art Tierce took home the top prize. 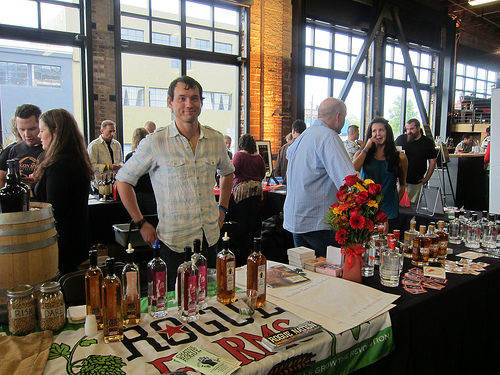 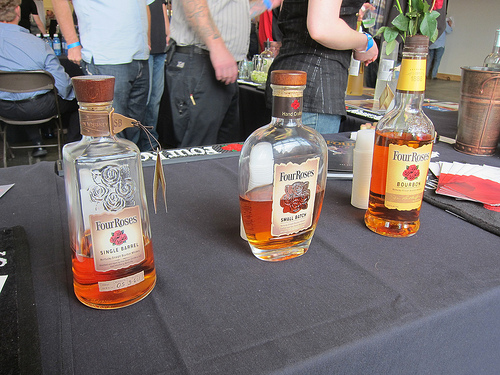 One of my travel goals next year is to make it out to the Bourbon Trail in Kentucky. Until then, I was happy to see Four Roses at GADF. I tasted the small batch and then the rep said I should also try the single barrel. While the regular bourbon is good for whiskey, the small batch is good to enjoy alone and the single barrel to celebrate with. I agree! 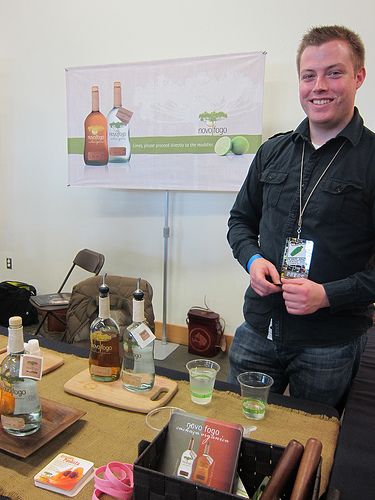 Over at the Novo Fogo booth, I came across Evan Martin who is also the bar manager at Ba Bar in Seattle. There he plied me with cocktails, a bracelet and a handy recipe for the Avenida Paulista. 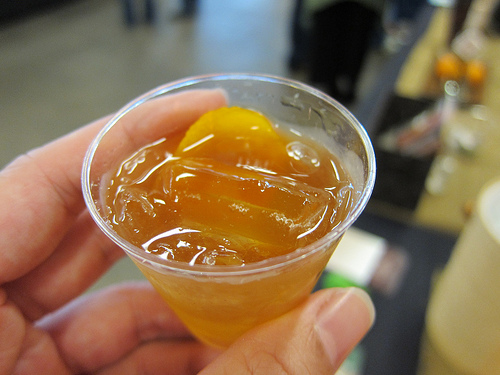 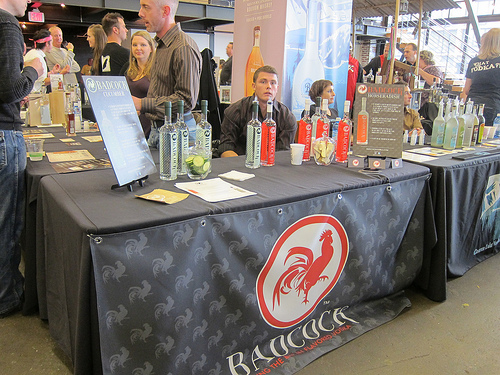 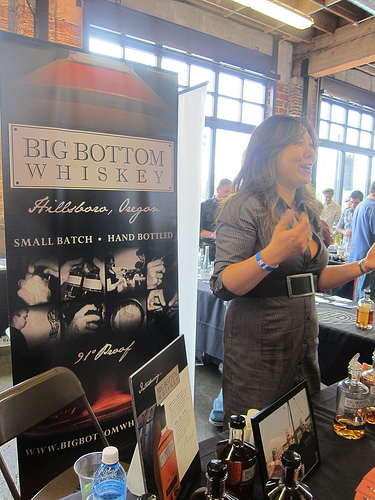 There were some funny names at this festival. 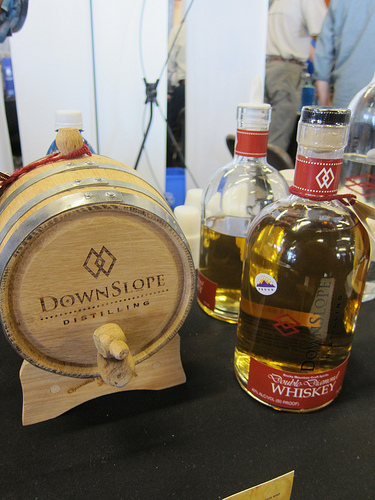 I was drawn to Downslope Distilling to check out their Double Diamond whiskey which they age in wine barrels, producing a lighter whiskey closer to Irish whiskey. 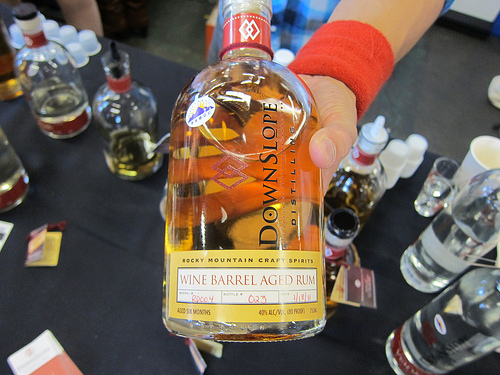 I also tasted their rum which is also aged in wine barrels. I rather liked both but Downslope isn’t available in California yet. I suppose I should add Colorado to my travel list. 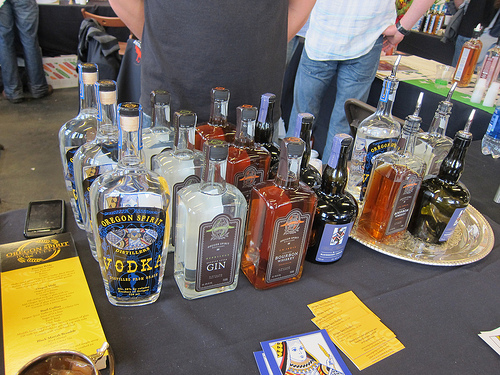 Aha, I found the Oregon Spirit Distillers and no longer felt so bad about missing out on Pacific Northwest spirits. Of course I had to taste the whiskey first. Not bad. But I was surprised by the vodka which I would have never tasted but the rep insisted it was the vodka for whiskey drinkers. It was definitely flavorful. Then I moved onto the Black Mariah which is a marionberry cordial. Marionberries are an Oregon fruit and the cordial was quite tart. I mentioned I could see this being used in a bramble and was immediately handed a recipe for one. 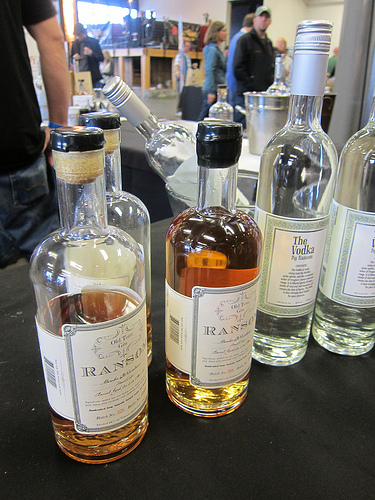 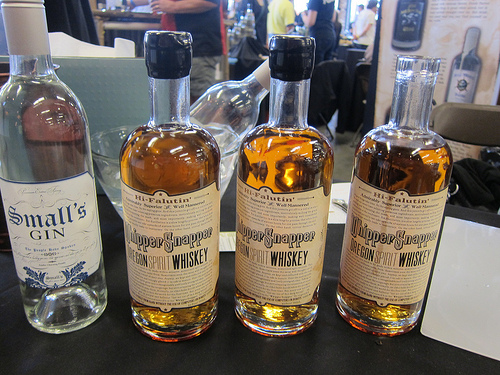 Just as I was about to leave, I was attracted to the table with Ransom Old Tom Gin. I decided to do a taste test with it and Small’s Gin. I actually preferred the Small’s Gin. There was a botanical I didn’t quite like in the Old Tom. I would have tasted the Whipper Snapper Whiskey but I had to run out to meet the Cocktail GoGo bus for a bar crawl through Portland.

Next year, I’ll have to plan more than an hour to taste all the great spirits at this festival!