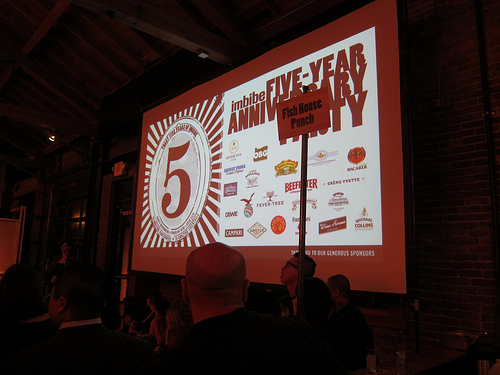 The Cocktail GoGo bar crawl tour actually ended at the Imbibe Magazine party but because I wanted to change, I didn’t board the double decker bus and made my own way to the party at Spirit of ’77. Hence, it was well under way when I got there. We were handed programs and I counted 10 cocktails to try. Let’s recap the day so far-

and then after this party I was supposed to go to the Maker’s Mark party at Ground Kontrol? On top of a week that included going to 13 bars in Seattle (plus two tastings) and a heady week of seminars and parties for Portland Cocktail Week.

Not actually. I wasn’t sick all week and damn well wasn’t going to be the last day. 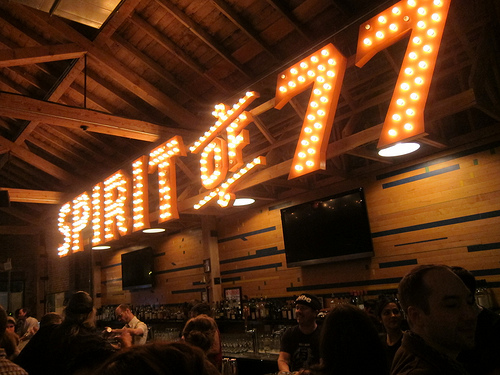 First we stopped by the main bar where Plymouth & Beefeater Gin Ambassador Erick Castro was making the Oceanside cocktail (Beefeater 24 gin, fresh lime, simple syrup, mint leaves, sea salt, celery bitters). I will drink anything made by this man. 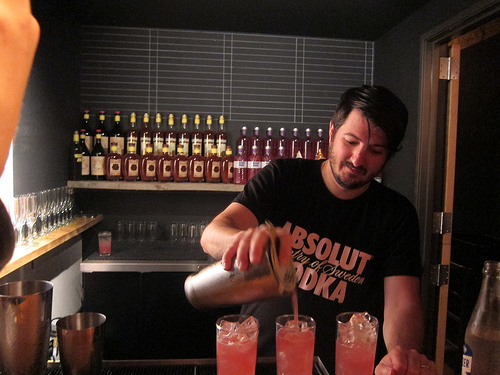 I loved this though I thought I was past the vodka soda phase. This was much more intricate. Time to reconsider vodka. 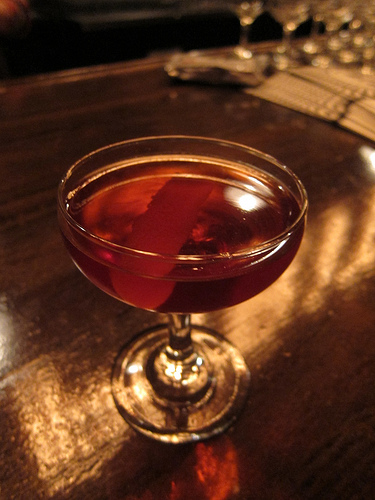 Stirred, strong and boozy, just the way I like it.

And then it was time to run off to the next party. What a hard life a food and beverage writer has.