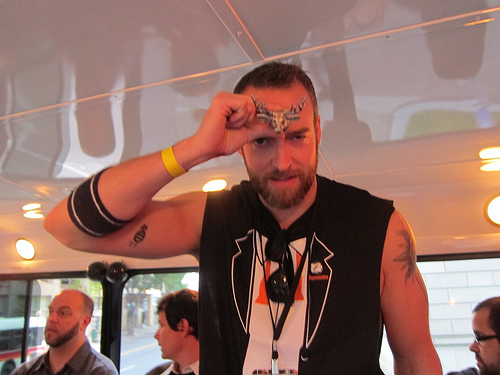 Cocktail GoGo organized a bar crawl on the last day of Portland Cocktail Week. Following Speed Rack and the Great American Distillers Festival, I hopped on the double decker bus to visit 5 bars in Portland. Our first stop was Metrovino where Jacob Grier bartends. 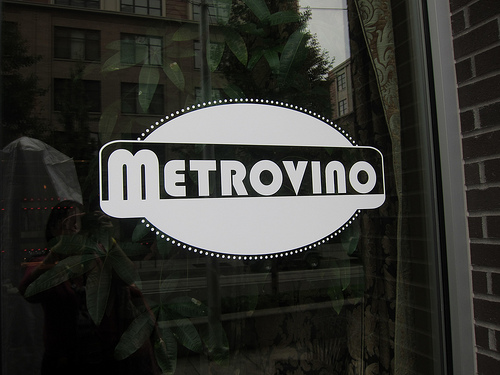 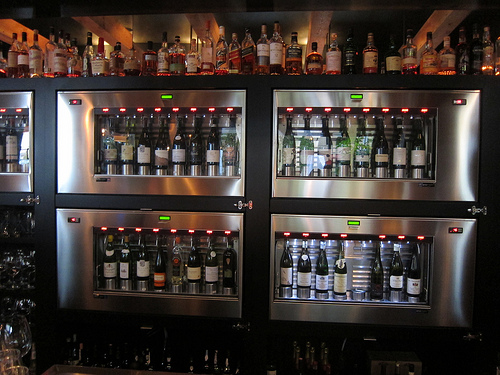 Metrovino is ostensibly a wine bar but with Jacob behind the stick, we had cocktails. 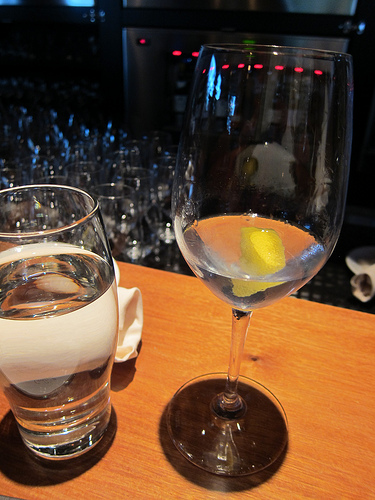 I find it very cool that Portland is doing all these wine and sherry/ port cocktails. Very trend-setting. I’ve been into sherry cocktails lately so it would have been neat to tried the PX Flip or Sally Port Punk since I particularly like port as well.

snacks for the crowd

This was the day I subsisted on little bits of food. Metrovino provided us a little something for our mostly liquor-filled bar crawl. Yummy! 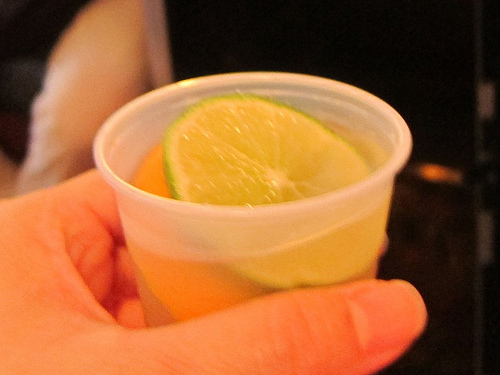 Gotta love being able to drink on the double decker. Punch all around! 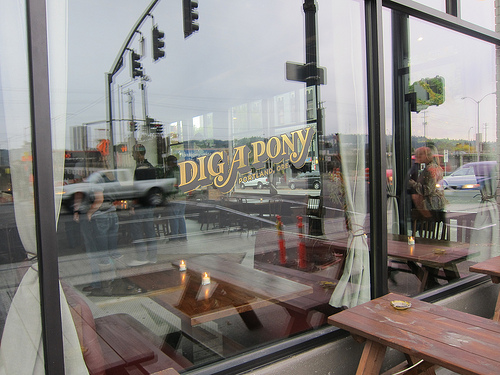 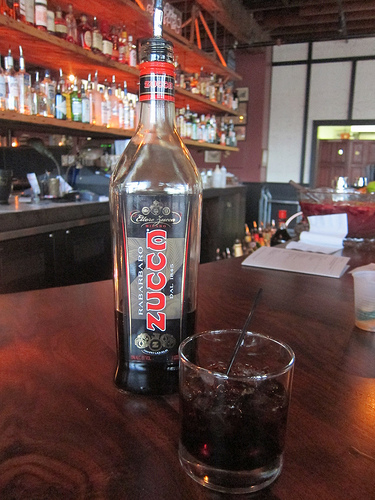 Our second stop was Dig a Pony. I was warned it wasn’t a craft bar and we should stick with either the punch or shots. I opted for Zucca on the rocks. I love Zucca, it’s one of my favorite amaris.

Our third stop was Central where I’ve been before when it just opened late last year. Central was serving punch and rather than writing down all the ingredients, I gathered the bottles together. 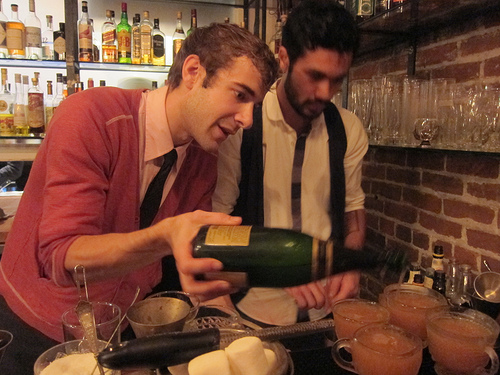 It was very comical when the bottles kept appearing and of course, don’t forget the lemon. If you look through my flickr set for this, you can see how all of the sudden this “simple” punch grew to have 7 ingredients. No, make that 8. The other ingredient would have to be love…of alcohol.

However, it was a delightful punch and I really enjoyed the housemade pear liqueur.

We also had tartare at this stop while some others opted to check out nearby Voodoo Doughnuts.

I keep getting warned about the non-craft bars but I felt very comfortable at Yur’s. What’s not to like about the free popcorn, pool tables and plenty of character? It’s not a dive bar, not really.

I ordered one of my go-tos, a Jameson & ginger. Aw, look at those adorable colorful straws. Yeah, okay, maybe I got nothing but it was a good drink.

I’m pretty sure I was stuffing my face with too much popcorn but my last real meal was earlier that morning and I didn’t eat much of it. 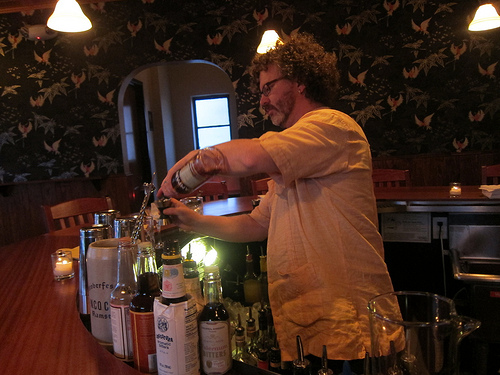 Our final stop was Rum Club. Mike Shea and his crew had prepared us a delicious cocktail but I really didn’t have much time to enjoy it as I had to run back to the hotel to change for the Imbibe 5th Anniversary Party. I suspect it won’t be the last time I will be at this bar. And Portland is only a short flight away.