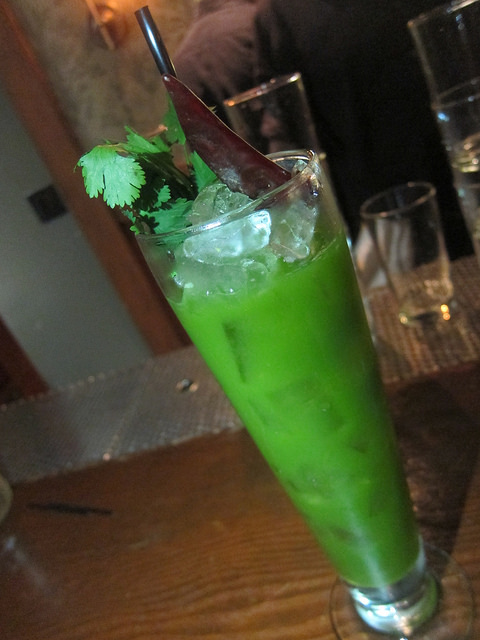 1886 at the Raymond in Pasadena has launched a new drinks menu for the Spring and Summer. Inspired by video games, the drink names are fun and quirky.

Here are some of my favorites from the new list including Luigi’s Mansion. The bright green drink is so refreshing with cucumber, lime and cilantro. Bonus! If you have non-drinking friends like me, ask them to hold the booze and add a little soda water. Can you say agua fresca? 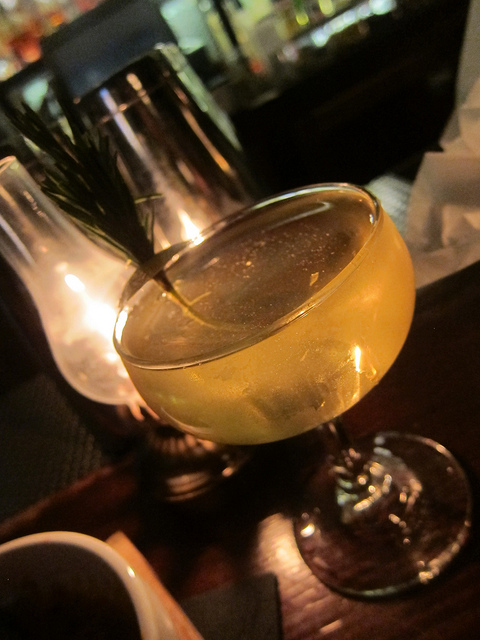 For martini nerds, you must try Yoshi’s Island. The Fifty Pound gin is straight-up funky but tamed by the Meyer lemon and rosemary-infused Benedictine. 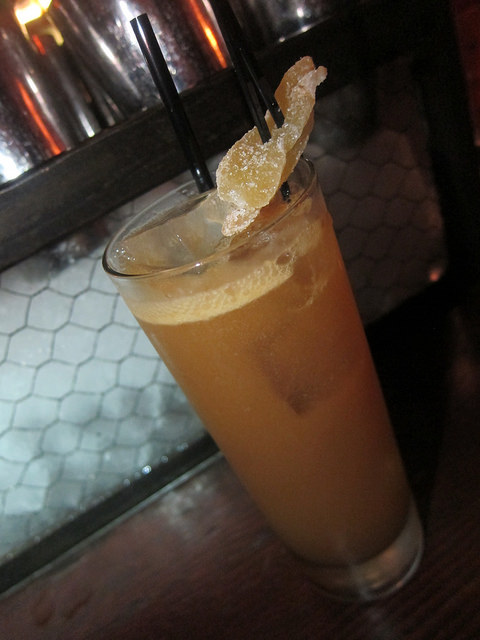 For ginger fans, 1886 has the Bucky O’Hare. Made in a style of a buck, the drink jumps to the next level with mezcal. But it’s not so crazy that you can’t win the game. 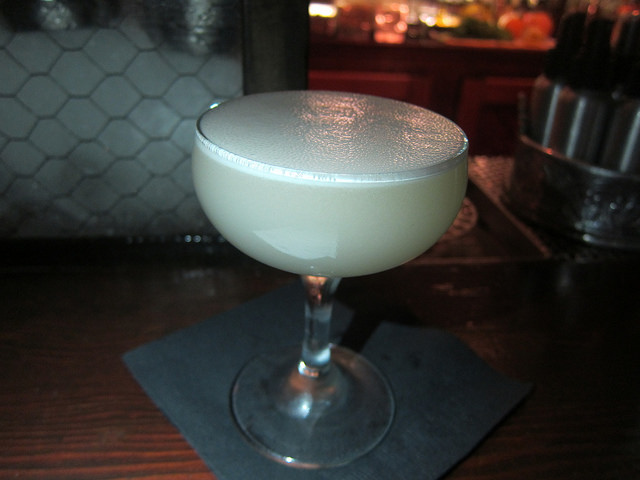 For those who like to play it safe but still have fun, the Punsch out with Kronan’s Swedish punsch and rye tasted a bit like a daiquiri to me. This would be great on the patio during a warm night.

Sherry cocktails are having their moment. 1886 has a solid one called Angel of Darkness. Backed by rye and supported with maple syrup, the sherry shines. Things are kept light with lime and pineapple juices. This and Punsch Out would make a great tag team.

I also tasted the DK Daiquiri (not shown) with banana-infused Selvarey white rum, lime, sugar which is probably the best banana daiquiri I’ve had in a while. Maybe ever. With summer upon us, this is the time to get tomatoes. Try the Rush’n Attack which taste just like summer to me. With an olive oil vodka, tomato water ice cube and spices, this vodka cocktail could be renamed the Caprese old fashioned. And fear not, you can still get the house favorite Smoking Jacket but why not try the new smoked drink, Bowser’s Brew? The bourbon, honey and lemon drink is served in a maplewood-smoked jar you can shake yourself for 8 seconds.